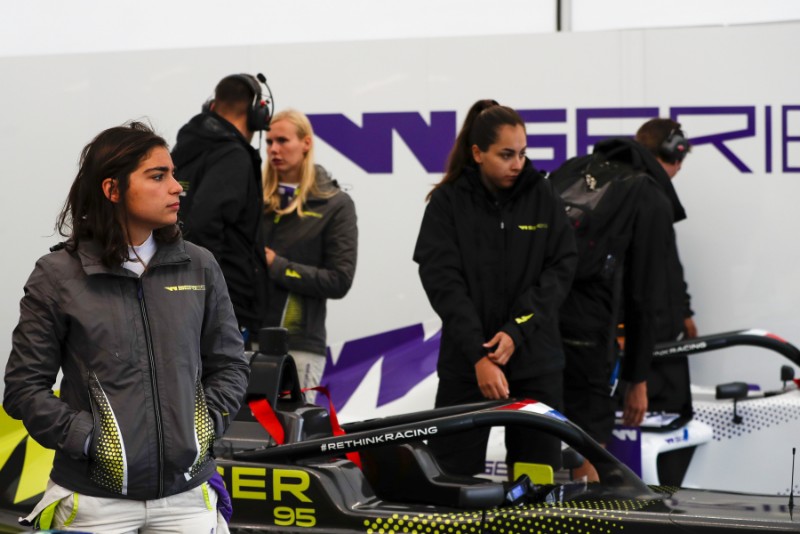 Chadwick needs a podium in the race later today to guarantee her the title, and set a best time of 1m22.425s to go fastest right at the end of qualifying.

The times kept tumbling and the lead changed a number of times in what was a tightly contested session, with Alice Powell having to settle for second after being fastest late on.

Esmee Hawkey made it a all-British top three, setting a best time of 1m22.804s, ahead of free practice pacesetter and Assen winner Emma Kimialinen.

Kimilainen had looked to be challenging for pole throughout qualifying but she made a couple of mistakes, the latter – where she went off heading up to Westfield – meant she was unable to set one last flying lap and she pulled in to the pits with a minute remaining.

Chadwick’s sole title rival Beitske Visser could only manage fifth, nearly eight tenths off pole after having a problem-hit time in free practice.