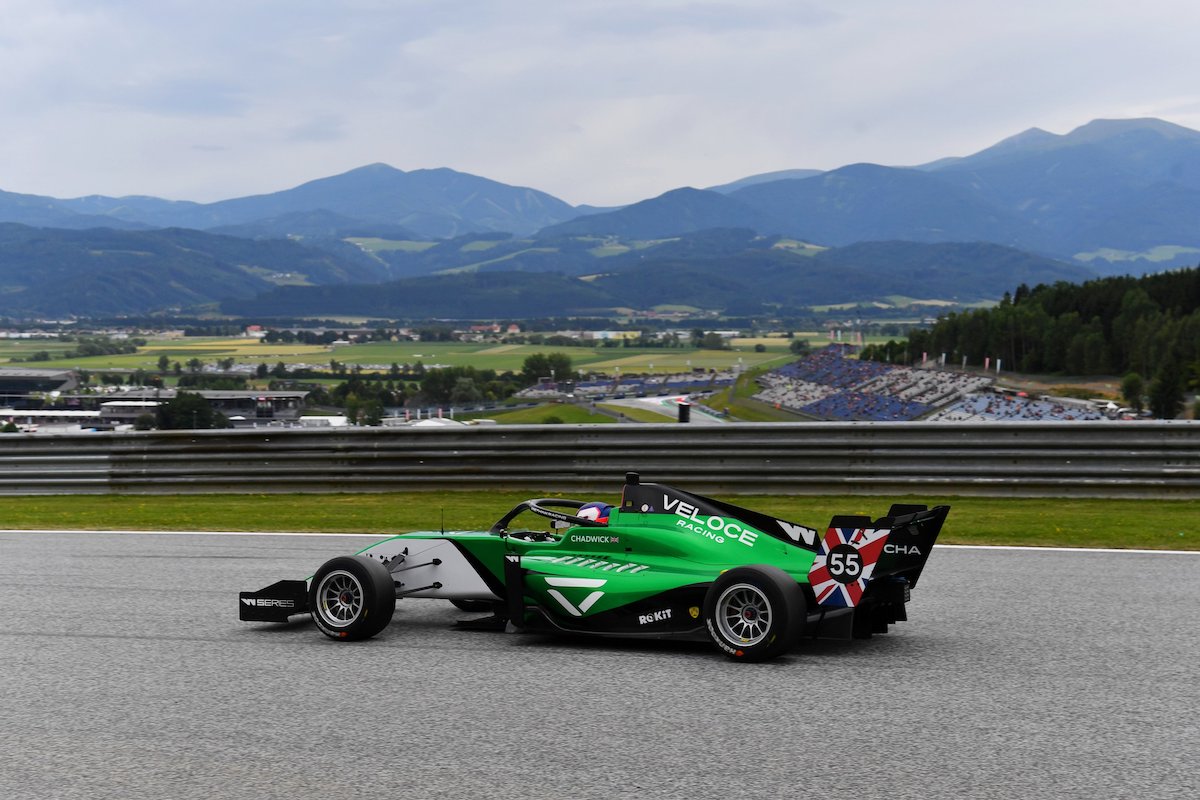 Jamie Chadwick has won the second W Series round at the Red Bull Ring, leading from start to finish, while Beitske Visser stalled on the grid.

Pole-sitter Chadwick stretched out a gap to the rest of the grid on the first lap as Visser, starting in the second grid position stalled as the lights went out, sending her back 11 places.

By half distance, Chadwick had stretched out a gap of over five seconds to Irina Sidorkova in second, leading a race of her own.

Sidorkova displayed an impressive defensive drive for much of the race. The W Series Academy driver fended off Emma Kimilainen who, after starting with a three-place grid penalty in P6, quickly made up places as she took advantage of mistakes from the drivers in front to put herself behind Sidorkova.

Much of the midfield was a series of trains with Bruna Tomaselli at the front of a long line of drivers, defending from Sarah Moore for much of the first half of the race.

The midfield came alive in the final minutes of the race as Abbie Eaton was able to get passed W Series Academy driver Nerea Marti to move herself up to sixth position.

This gave Moore the space to make a move on Tomaselli in fourth with three minutes to go. The British driver had a better exit out of Turn 3 and was able to slip past Tomaselli.

Moore had started strong, making it past Marti, but was initially unable to pass Tomaselli in front and was quickly under pressure from the Academy driver once more.

Alice Powell, after having mechanical issues with her car in qualifying, reported slow straight-line speed to the mechanics over the radio but was able to finish eighth.