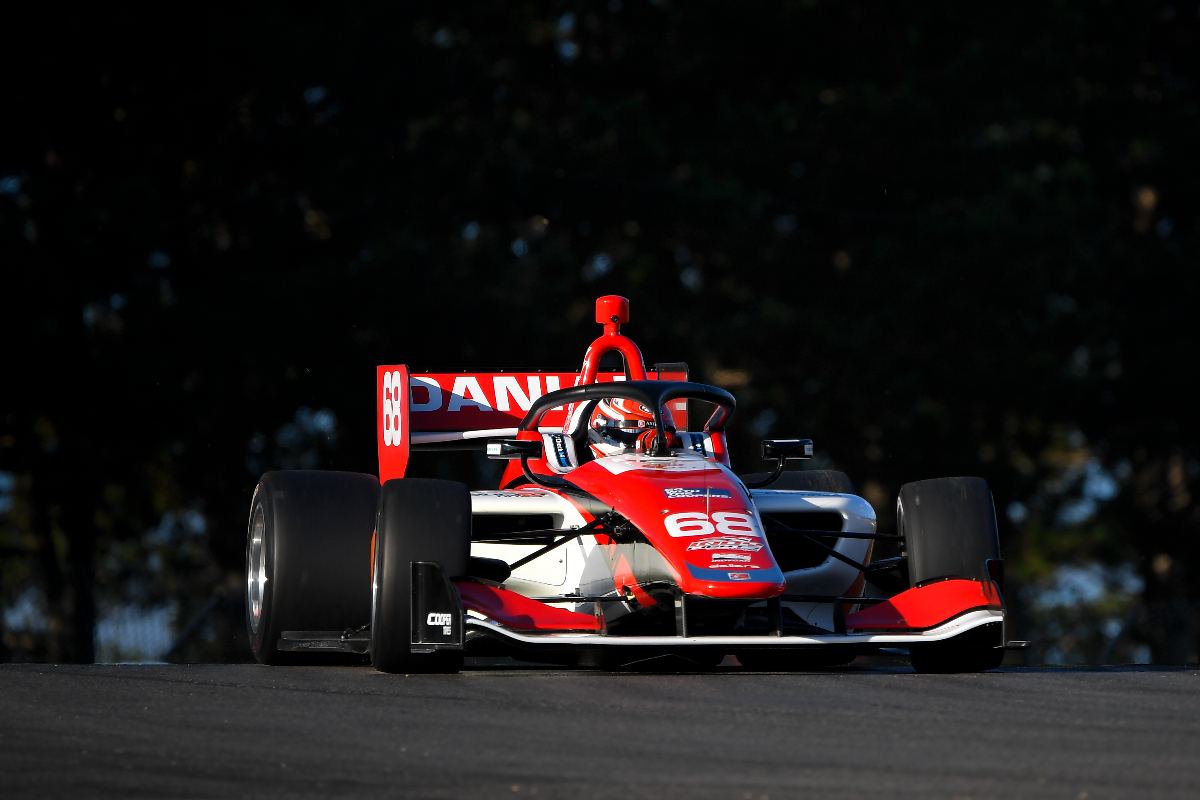 Andretti Autosport’s Danial Frost claimed his third Indy Lights pole of the season in the second qualifying session at Mid-Ohio.

It looked like his team-mate Kyle Kirkwood would follow up the pole he claimed for race one of the weekend as the American was at the top of the times throughout the first runs and remained in first place until the final five minutes.

By this point the second runs were in full swing, but improvements were mostly coming further down the order until with three minutes to go Frost went to the top with a 1m11.4912s lap.

Global Racing Group with HMD Motorsports’ Linus Lundqvist then improved to third but he wasn’t in the battle for pole.

HMD’s David Malukas was Kirkwood’s main rival through the first runs, briefly taking provisionally pole, but the changes he made for the second run were of no use and he couldn’t match his previous pace. That left the points leader fourth on the grid, ahead of Andretti’s late improvers Devlin DeFrancesco and Robert Megennis.