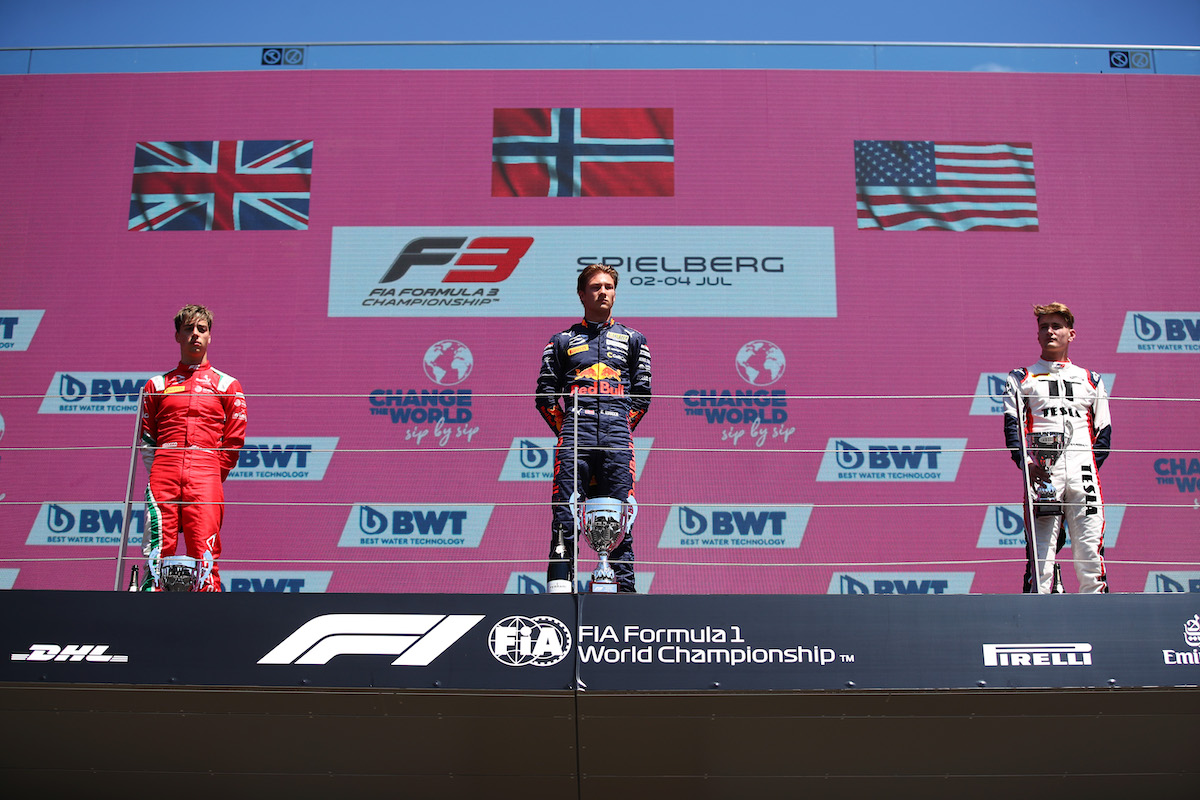 To follow up from earlier sanctions, a number of penalties for track limits violations later drastically shifted the order around not long before the second race of the day.

A more severe penalty of 10 seconds was given to Charouz Racing System’s Sargeant, who loses the team’s first FIA F3 podium as he slips down to 15th, for Campos Racing’s Amaury Cordeel and MP’s Caio Collet – the latter slipping out of the points.

The most severe penalties of a 30-second time penalty in lieu of a 10-second stop and go penalty was given to HWA Racelab’s Matteo Nannini and Jenzer’s Filip Ugran – the former of which was absolved of blame in the collision between himself and Trident’s Clement Novalak in the latter stages of the race.

On top of that, ART Grand Prix’s Alexander Smolyar dropped out of the points for forcing another driver off the track, while Hitech’s Jak Crawford slipped back to eighth.

Following all that, Schumacher and Hitech’s Roman Stanek will now make up the front row for Saturday’s second race. Previous polesitter Frederik Vesti (ART) was promoted up to seventh, while Carlin’s Jonny Edgar, who initially finished 12th on the road, ended up sixth in the final classification.

The new results promote Trident’s Jack Doohan onto the podium while Charouz’s Enzo Fittipaldi, who was 11th on the road, ended up fourth – his best result in FIA F3, while ART’s Juan Manuel Correa now rounds out the points.