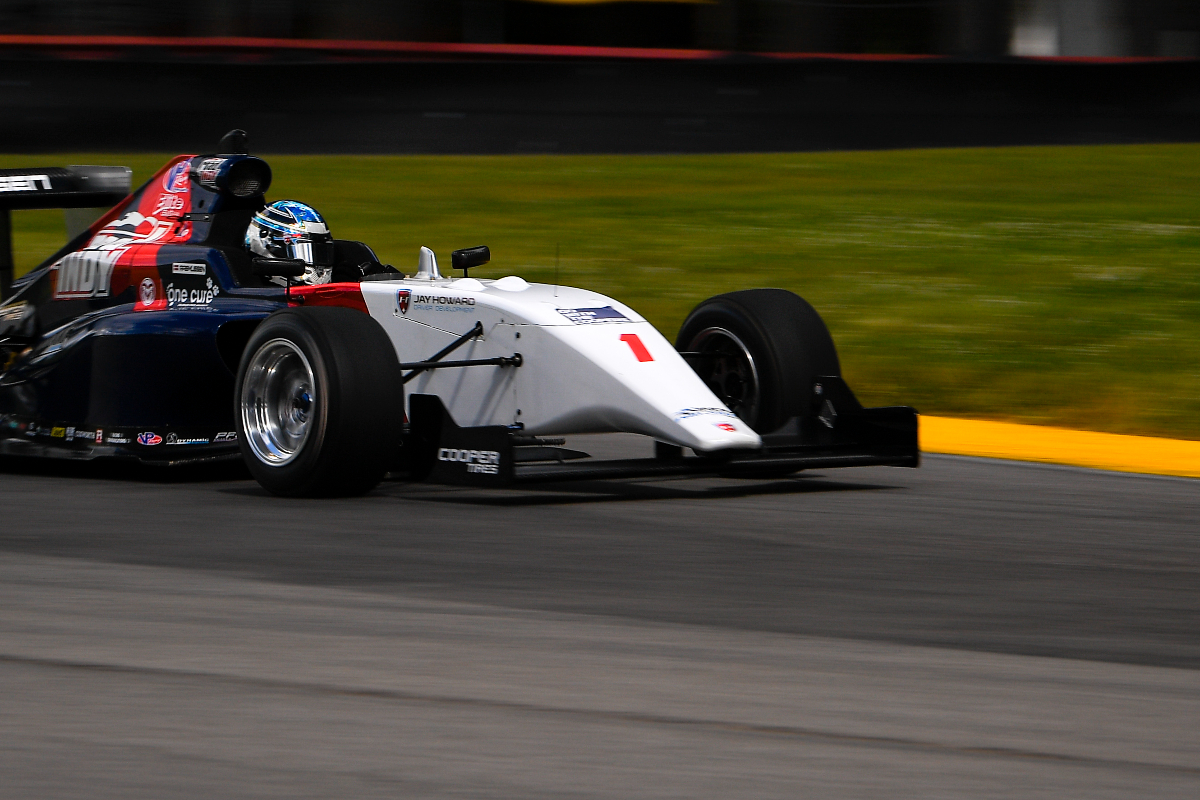 After making a good start from pole, Jay Howard Driver Development’s Rasmussen had to hold off Artem Petrov and Jacob Abel at the Keyhole hairpin and the next corner, before a caution petriod neutralised the action as Juncos Racing’s Manuel Sulaiman spun and stalled at turn four.

Rasmussen then raced away at the restart, while Petrov was freed in second as Abel fought off an attack from Pabst Racing’s Hunter McElrea.

A second attack allowed McElrea to get through, and as those two battled for the final podium spot it left the top two to streak away. After 25 laps, Rasmussen took his sixth win of the season by 0.9675 seconds ahead of Petrov.

McElrea held on to third until lap 22, when Abel’s constant pressure resulted in a mistake where he ran onto the grass but was able to recover the moment and only drop one spot to fourth.

Exclusive Autosport’s Braden Eves held off Juncos’s Reece Gold for fifth place, and remains in second place in the standings but now 34 points behind Rasmussen.