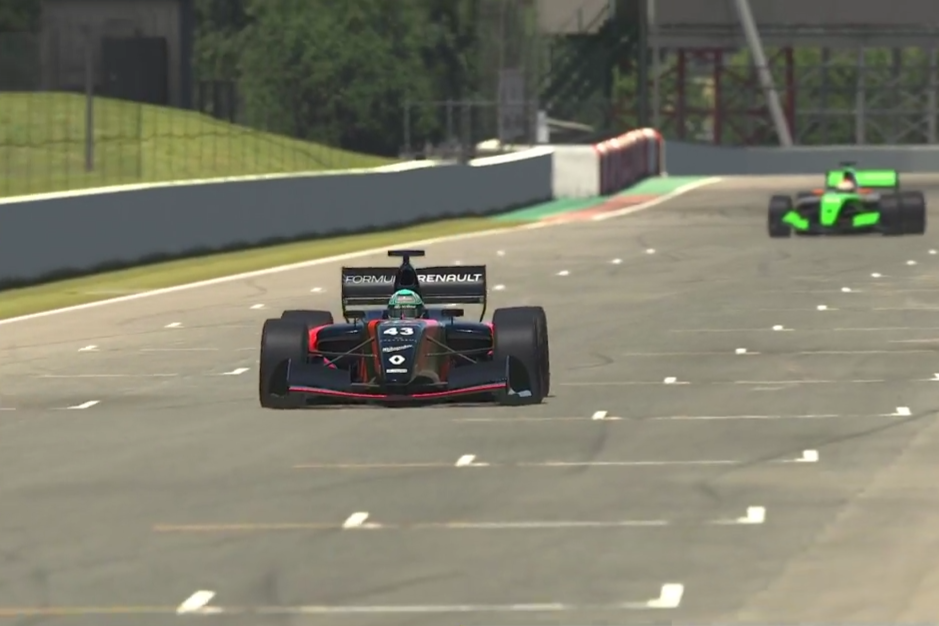 The Formula 1 Esports star took pole position for both 25-minute races with a comfortable margin and was pretty much unchallenged throughout the event.

Race one was marred by a number of opening lap collisions that instantly gave Bolukbasi an immediate lead. JD Motorsport’s front row starter William Alatalo was among those heavily impacted by the messy first few tours.

Bhaitech’s Lorenzo Colombo initially held second ahead of MP Motorsport’s Bent Viscaal, but both were awarded a drive-through penalty for the lap one incidents.

That promoted Viscaal’s Macau Grand Prix-winning and damaged team-mate Richard Verschoor into the position, after he had diced early on with ART Grand Prix’s Gregoire Saucy.

He was helpless in battle against the recovering penalised Colombo, then his race came to a conclusion with a handful of laps to go.

JD’s Joey Alders and Tommy Smith had had a coming together at the Turn 8/9 chicane, and Verschoor ran into the exit wall while avoiding their incident. He was then hit again by the pair, which resulted in Smith being instantly excluded for having accrued the maximum number of incident points.

That left Bolukbasi to cruse home some 28.317 seconds ahead of Colombo. Bhaitech’s Laszlo Toth, who was not involved in that many incidents except at the start, held off Viscaal for third. Saucy and FA Racing by Manor’s Oliver Goethe rounded out the top six and were the final cars on the lead lap.

Bolukbasi’s healthy pole margin was swept away at the beginning of race two, as Alatalo made a stellar start from fifth to lead into the firs corner. But a?mistake and some netcode issues allowed Bolukbasi back past into the hairpin.

The race was considerably tamer than the previous encounter, although there were a few incidents later in the race.

One of the best battles was between Saucy and Arden’s Ugo de Wilde over fourth. The pair made contact on one occasion at the hairpin and sustained damage. After that, Saucy spun and Toth was the innocent bystander as Saucy recovered.

Colombo worked his way past Alatalo early on, but had no answer for Bolukbasi, eventually finishing 5.050s behind. Despite his internet issues, Alatalo held on to third.

Pre-event points leaders Fabrizio Donoso and Victor Martins missed race one, but ART’s Martins did turn up for race two. Unfortunately for him, he was in pitlane within a lap and ended up a lapped eighth. Colombo now leads the points, ahead of Bolukbasi and Martins.

Toth was the final runner in ninth, having been able to return to the pits after his airborne shunt with Saucy.