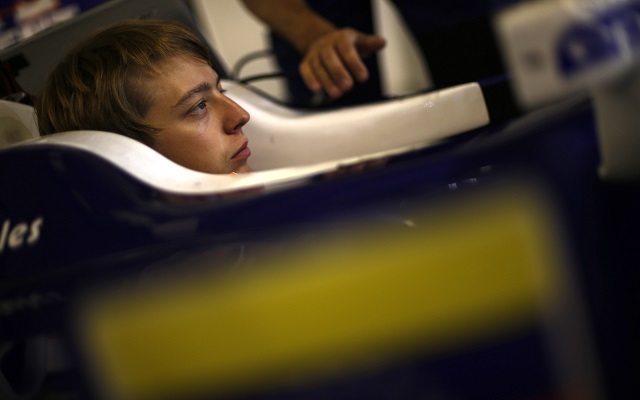 The number of drivers down to compete in the opening round of the Auto GP season at the Hungaroring this weekend has grown to nine with the additions of ex-GP2 racers Johnny Cecotto and Facu Regalia and Italian youngster Leonardo Pulcini.

Cecotto lines up for the Virtuosi team alongside previous signing Nikita Zlobin. 25-year-old Cecotto made 105 starts in GP2 between 2009 and 2014, winning four times and finishing fifth in the standings last year. He competed in Auto GP’s predecessor Euro 3000 back in 2007.

“I’m delighted to be back in the series promoted by Enzo Coloni, as I raced there before it became Auto GP and I have great memories,” he said.

Virtuosi boss Declan Lohan added: “I am sure with Johnny’s talent, experience and knowledge of the track we can expect some fantastic results at the Hungaroring.”

Regalia heads the line-up for FMS Racing, and lands in Auto GP after announced deals to race in Formula Renault 3.5 with both Zeta and Comtec failed to come off, with both teams absent from the Aragon opener last weekend. The 2013 GP3 runner-up, Regalia hasn’t raced since last June, when a GP2 campaign with Hilmer Motorsport ended after just four rounds.

The Argentine previously competed in Auto GP in 2012 for Campos Racing, taking two podiums from 10 races.

“In 2012, I didn’t run a full season but now I will,” said Regalia. “The goal is to stay at the front the whole time and win the championship.”

Alongside Regalia at FMS – which won twice in 2014 with Kevin Giovesi – is Pulcini, who finished fourth in Italian F4 last year in his rookie season out of karts, where he was runner-up in the world junior championship in 2013. The 16-year-old has already competed in Euroformula Open this season.

“I’m excited for this new adventure in Auto GP, with a new car, lots of horsepower and a track I don’t know yet,” said Pulcini.

“I want to take the best out of this opportunity. I’ll try to adapt myself as much as I can to the car and racetrack, and my aim is to be fast straight away.”

Pigot doubles up at Barber to take Lights points lead