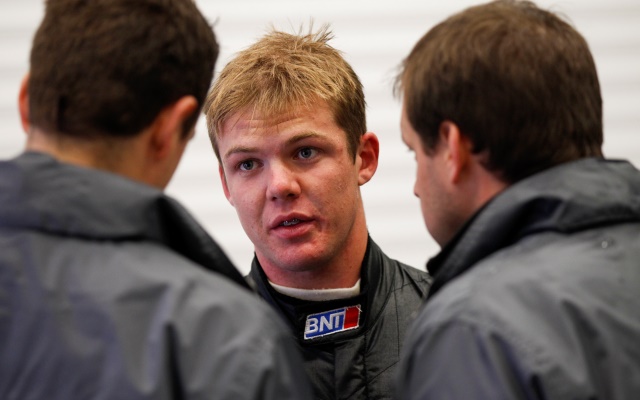 Nick Cassidy has joined Koiranen GP in a late deal for the Eurocup Formula Renault 2.0 season ahead of this weekend’s opening round.

The 19-year-old won the Toyota Racing Series title in his native New Zealand in 2012 and 2013 but has struggled to land a full-time move to Europe.

He began the 2012 Eurocup season with Fortec and scored a sixth place on his first weekend but left the series after the third round. Last year he contested two rounds of the FIA F3 European Championship, while testing appearances in GP3 over the past two winters have failed to lead to a race seat.

Cassidy will join Nyck de Vries and Ignazio D’Agosto in Koiranen’s Eurocup line-up, in the car driven by Georgian Nicholas Surguladze during pre-season testing. Cassidy did do the final test at Jerez last month with the China BRT by JCS team and contested the Formula Renault Alps opener at Imola with the same squad, but they have yet to confirm a driver for the opening round.

The first round of the Eurocup season takes place at Motorland Aragon, the scene of Cassidy’s series debut two years ago.

“I am excited to be joining Koiranen GP for the 2014 Eurocup season and would like to thank all those who helped making this possible,” said Cassidy.

“Just like every year in Eurocup, it will be very tough, but as a race driver I feel better prepared than ever and look forward to making the most of this opportunity. We have not tested together, but I have experience and good memories of Motorland, so together with the team we look to make a positive start to the season.”

Koiranen team manager Afa Heikkinen said: “Nick’s entry is quite a late notice, but we are very happy to welcome him in our team. We have followed his return to Europe lately and we have been quite impressed by his pre-season testing. Now we have to go straight to the point as the season starts tomorrow.”