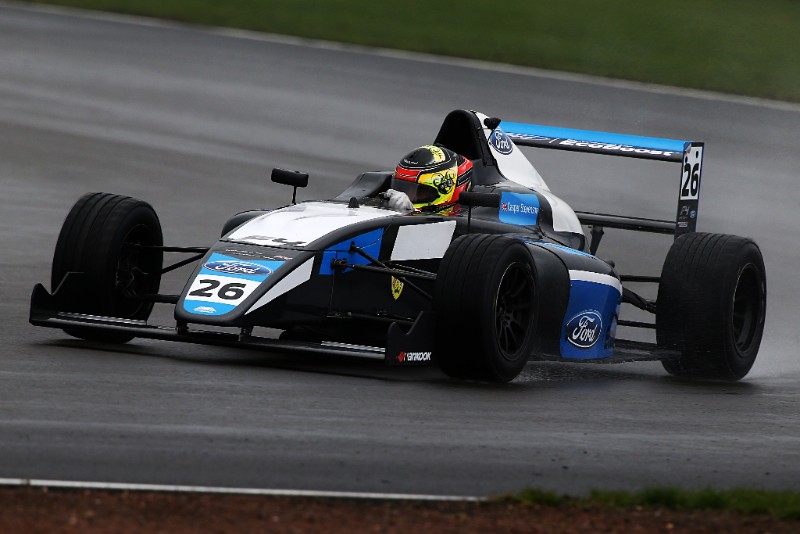 Inaugural British Formula 4 scholarship winner Casper Stevenson will compete with Double R F4 with Argenti for his debut year in the championship.

The 15-year-old beat 11 other drivers to win the ?35,000 scholarship prize in a shootout test last November.

Stevenson ran with Double R during the test, and is the first driver to be confirmed at the squad after it?s tie-up with Argenti Motorsport.

?I am extremely excited to be racing in British Formula 4 this year with Double R and Argenti,? he said.

?Double R has a proven track record in this championship and I hope to add to their long list of wins.

?Off the back of winning the inaugural scholarship last year, I am very confident and can?t wait for the red lights to go our at round 1.?

The pair were joined by Reema Juffali, who has also expressed interest in returning to Double R for a second season after contributing to its teams’ title last year.

Stevenson spent 2019 in Ginetta Junior, where he finished sixth overall and second best of the rookies.

?We were impressed with Casper?s performance during the scholarship day, and have since had successful tests,? said Double R team manager Michael Meadows.

?It?s his first season in single-seaters, but we expect him to be competing for podiums from the outset.

?We want to give him all the information and resources we can to maximise his performance.?