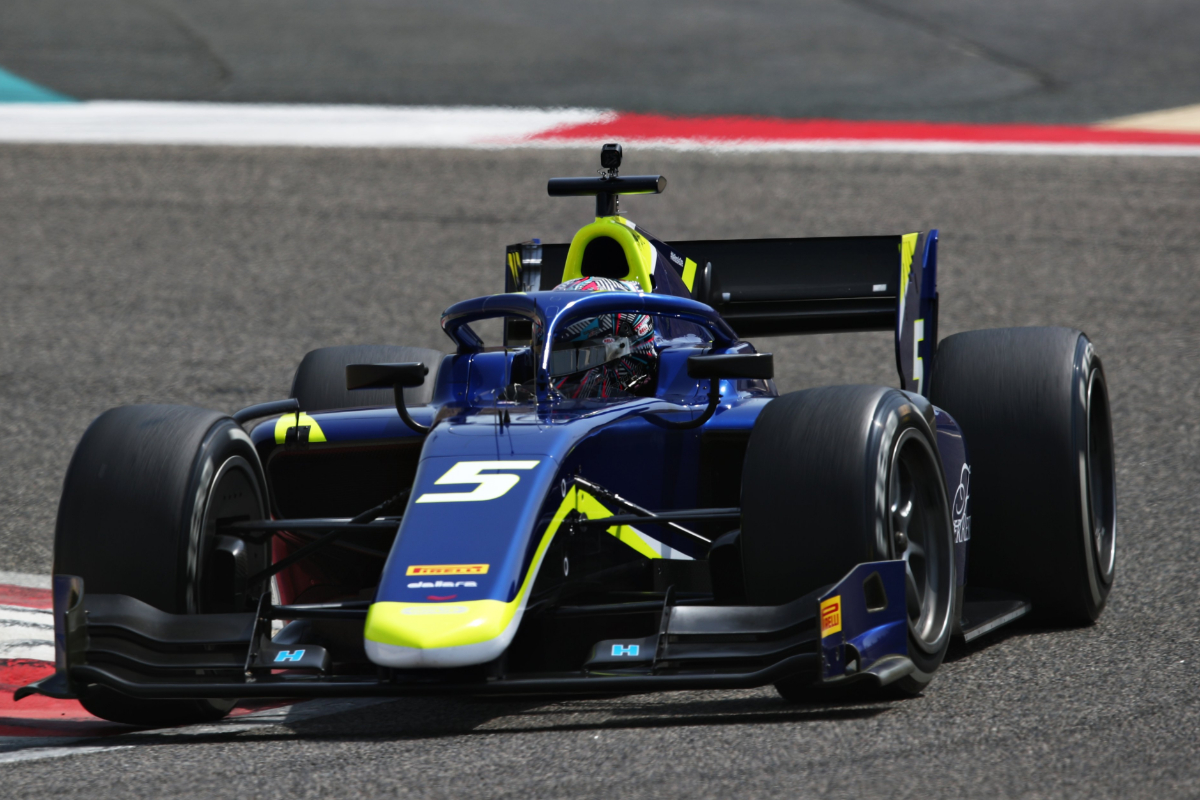 Carlin’s Dan Ticktum began Formula 2 pre-season testing Bahrain with the fastest time in the Monday morning session, as drivers opted to spend a lot of time in the pits.

Despite the limited opportunities for testing in F2, only a few drivers set flying laps in hour one of the three-hour session, and after 23 minutes that number had grown to six with MP Motorsport’s Lirim Zendeli on top with a 1m44.095s.

Hitech GP’s Liam Lawson toppled him shortly after with a 1m43.631s, as seven drivers set installation laps to bring the total number of cars that had visited track up to 14.

Only one more driver set an installation lap in the next 25 minutes, and it wasn’t until the final hour of the morning that there was more change at the top as Ticktum went fastest with a 1m43.021s.

His Carlin team-mate Jehan Daruvala leapt up to third, 0.740 seconds behind, with Lawson’s team-mate Juri Vips going fifth fastest. Now 19 of the 22 cars had visited track in some form.

Fast forward to the final half-hour and there was another improvement in the top 10 as reigning FIA Formula 3 champion Oscar Piastri put his Prema-run car in seventh place, and all but fellow Alpine Formula 1 junior Guanyu Zhou had set a timed lap.

Zhou went on track in the final few minutes, when everyone else was in the pits, but the Virtuosi driver only managed to go 16th fastest and was over two seconds off the pace.

Campos Racing’s Ralph Boschung and Gianluca Petecof had also used the near-empty track to set laptimes late on, but they also found it to be of no advantage as they ended up 19th and 20th on the timesheet.

Propping up the order was HWA Racelab’s rookie Alessio Deledda and Prema’s Robert Shwartzman, who like Piastri only went out for a pair of qualifying-style laps and set seven laps in total.