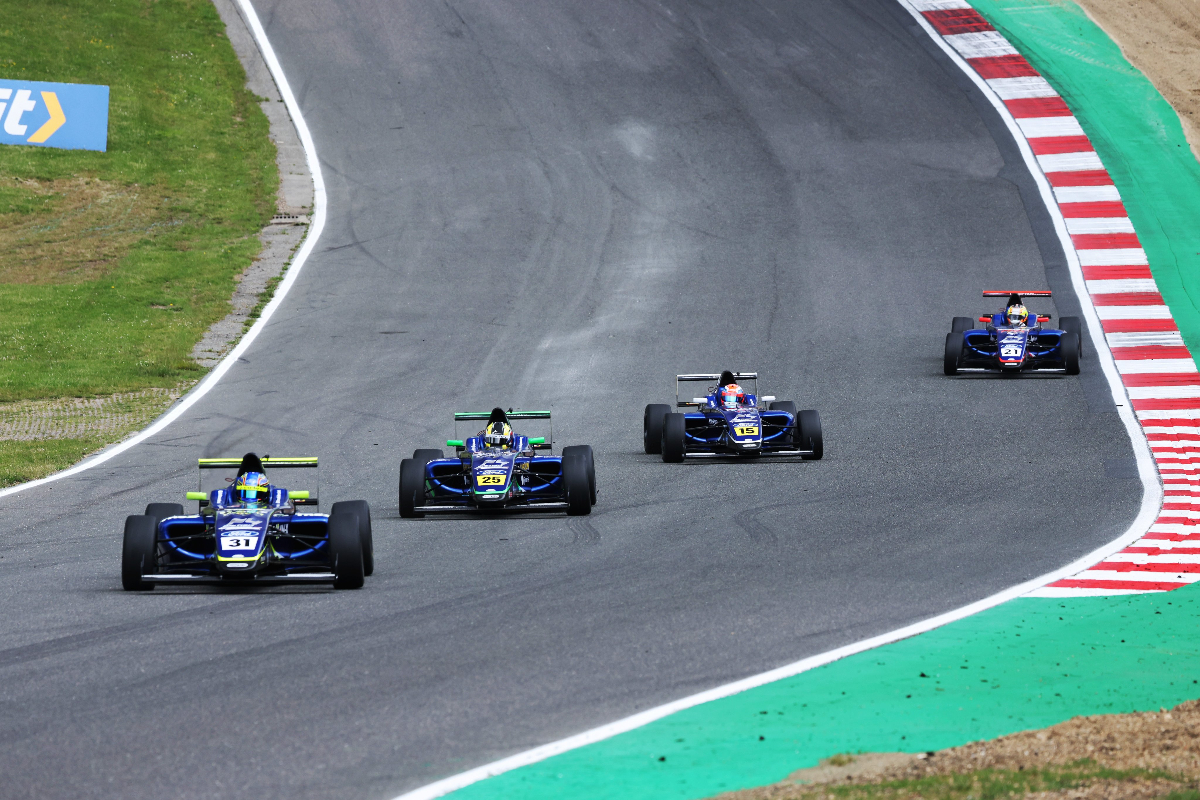 Carlin has become the latest team to join Formula 4 United Arab Emirates’ 2022 season to learn the second-generation F4 car from Tatuus before it debuts in Europe.

British F4 is one of several series that will adopt the halo-shod Tatuus T-421 in 2022, with the car making its first appearance in support races at this year’s Abu Dhabi Grand Prix in December prior to being used in the F4 UAE season.

Not only is the car new, but with British F4 switching from Ford to Abarth power it means racing in the UAE will provide Carlin with its first experience of the Italian powertrain.

“For the youngest drivers, track experience is everything and having the chance to experience a full race weekend format, including the pressure of qualifying and hone race craft is invaluable,” said Carlin team boss Trevor Carlin of F4 UAE.

“We’ll also be racing the new FIA F4 Tatuus, which along with the Abarth engine will also be the same package used in the British F4 championship so for both drivers and team, this is great way to get familiar with the F4 package going forward.”

Carlin ran the British F4 champion for the first three seasons of the series, then spent a year out before returning with another title in 2019. Last year it lost out on the driver’s title, but did add a fourth teams’ title to its trophy cabinet.

Hitech GP is another team that’s committed to racing in F4 UAE in advance of the 2022 British F4 season, and will actually be making its debut in the latter championship.

The two teams’ continental rival Prema confirmed to Formula Scout it will be entering multiple cars in F4 UAE.

That is to prepare it and its drivers, including Mercedes-AMG Formula 1 junior Andrea Kimi Antonelli, for when Italian F4 adopts the same car later in 2022. Championship organiser ACI Sport told Formula Scout it plans to confirm which engine supplier it will use for the Gen2 era next week, with offers from several providers still being evaluated.

Abarth is favourite to continue its eight-year spell as the current engine supplier, but Renault also showed preliminary interest in a supply.