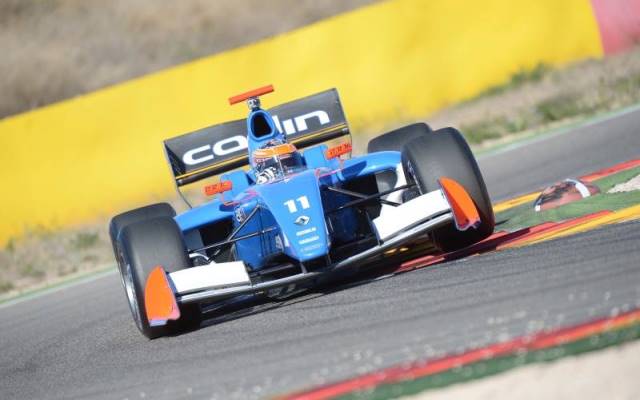 Carlin will be absent from the Formula Renault 3.5 grid as the 2014 season begins at Monza this weekend, it has been confirmed.

The team has skipped the two pre-season tests in Spain having failed to find drivers with the desired budget, and team boss Trevor Carlin has now told Autosport that his outfit will miss the opening round.

“We’d like to be at the second race,” he said. “As soon as we get an economic solution that’s workable we’ll be back out there. But until then, the cars will stay parked.

“At the moment Renault Sport have been very, very helpful to us, and hopefully we can repay that help by returning as soon as possible.

“We’ve got sensible budgets for the other things we’re doing and it seems silly to be pulling resource from that to subsidise World Series. We want to carry on though. We’re a top team, and if we can get back there with some frontrunning drivers we can continue that.”

He added that although it is possible the series may wish to find a new team to take over Carlin’s entry, they are aiming to carry on for now.

Carlin took Mikhail Aleshin and Robert Wickens to the drivers’ titles in 2010-11, but struggled to 11th in the teams’ championship last year with a win for Carlos Huertas at Aragon and a podium for Jazeman Jaafar in Monaco being their only top-six finishes.

Carlin’s absence will reduce the grid for Monza down to 24 cars. Six of these have still to be filled, although Zeta are expected to field Roman Mavlanov and Roberto Merhi, leaving seats remaining at Tech 1, ISR, Pons and Comtec.