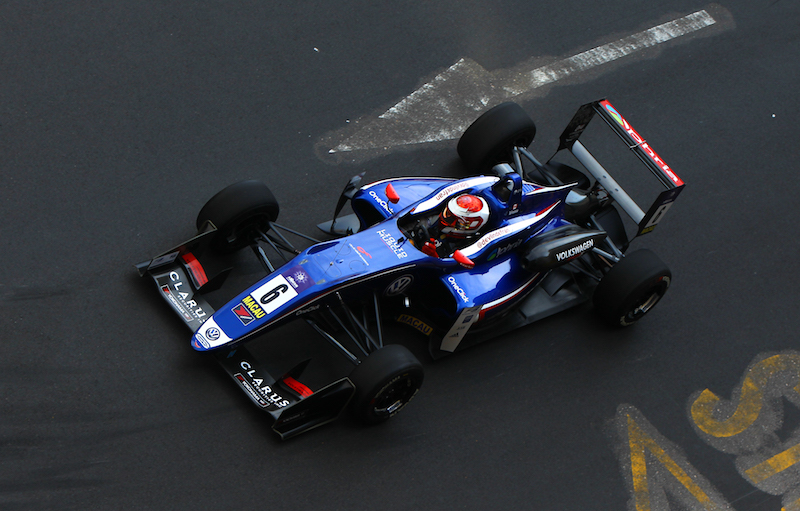 Carlin has named Devlin DeFrancesco as the first member of its Formula 3 European Championship line-up for 2018.

The Canadian, who turns 18 in January, stepped into Carlin’s European F3 squad for the final two rounds of the season at the Red Bull Ring and Hockenheim before contesting the Macau Grand Prix with the team.

He has been with the outfit since joining its Carlin Academy driver development arm in early 2015 ahead of campaigns in British Formula 4 and Euroformula Open, in which he finished fifth and third respectively.

“I?m thrilled to be back with Carlin for another year,” he said.

“I?ve raced with them ever since I started my career in single-seaters and they?ve really helped me progress and to reach a really high level.

“I?m looking forward to seeing what we can achieve together next year, in what is the most competitive championship around.”

“We are delighted to be able to announce Devlin as our first F3 driver for the 2018 season,” said Trevor Carlin.

“He has been part of the team for three years now, so we?ve really watched him mature and grow into the racer he?s become today.

“He?s already a proven race winner and we know that he has the potential to be competitive in FIA Formula 3 and is already making some great progress in testing.”

DeFrancesco was teamed with Norris, Jehan Daruvala, Ferdinand Habsburg and Sacha Fenestraz in Macau, and while Norris will step up to Formula 2 with the team, the other three could all stay with Carlin in F3.