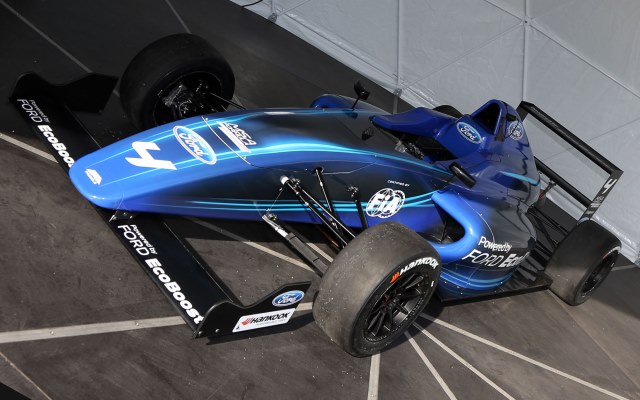 Renowned single-seater squad Carlin have confirmed that they will enter the new MSA Formula series next year.

The move marks a return for the outfit to entry-level junior racing for the first time since 2007, when they left Formula BMW with the demise of the UK series. In recent years, the team has enjoyed success in GP2, GP3, Formula Renault 3.5 and F3.

MSA Formula will replace Formula Ford in the United Kingdom as the nation’s FIA-certified F4-rules series.

?I?ve no doubt that the MSA Formula will be a success,? said team boss Trevor Carlin.

?The FIA, MSA and Ford Racing have worked hard to tick all the boxes and provide what young drivers and the British motorsport industry needs.

“Making the championship eligible to 15 year-olds is also a key factor and will allow us to bring international drivers into the UK at the very start of their single seater careers. Hopefully this will help to rebuild British single-seater motorsport and make the UK the centre of junior motorsport once again.

?Having seen the car and looked at the regulations, MSA Formula will be a fantastic stepping stone for young drivers wanting to move into Formula 3 and beyond. We?re very determined to put all our weight behind this new championship and aim for the best results in 2015.?