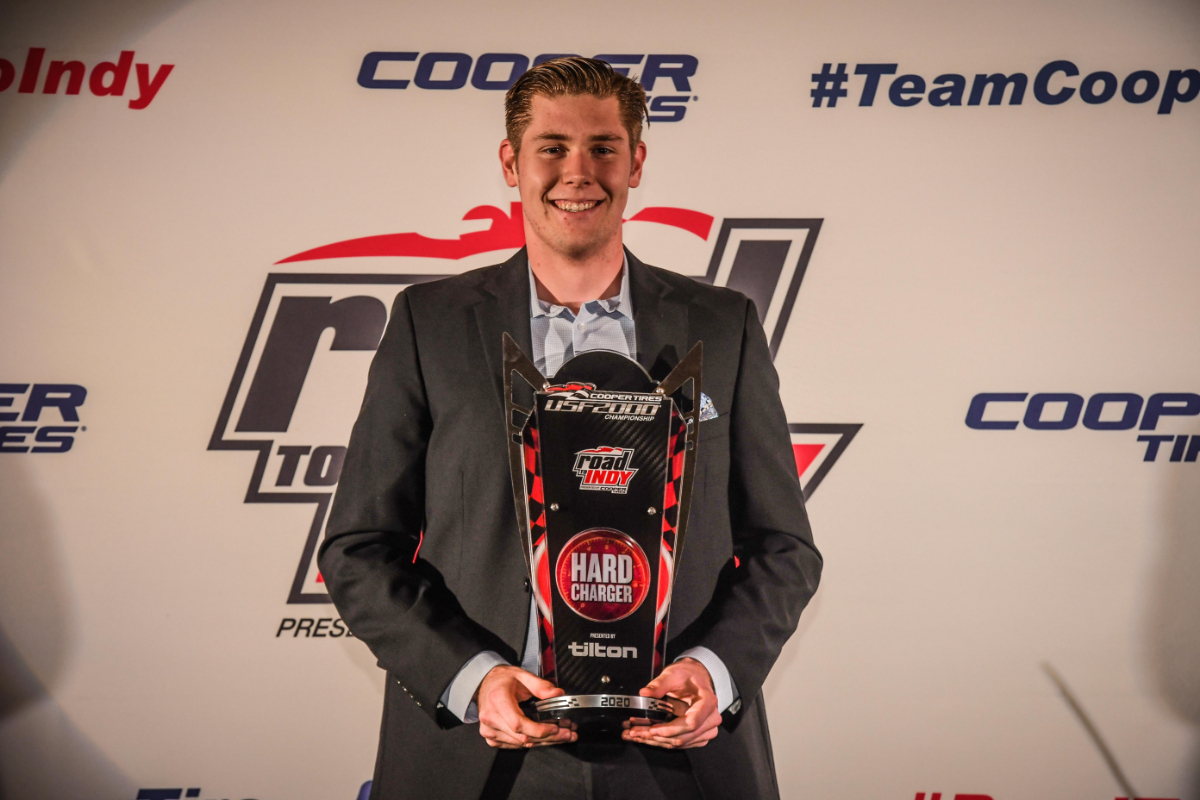 Christian Bogle will debut in Indy Lights this year for the tie-up between Carlin and Jay Howard Driver Development, the team he will also race for in Formula Regional Americas.

The 19-year-old has spent the last three years racing a variety of single-seater cars in America, from Formula 4 up to Atlantics, and mostly with JHDD. Bogle did part-time campaigns in US F4 in 2018 and ’19, ending the latter with a double win.

He won the 2020 season opener that was deemed too short to award points, and was then disqualified from victory in the next race. Bogle then withdrew from the series and joined JHDD in USF2000, while also conducting an Indy Lights test programme.

“I’m super excited to get the 2021 season underway,” said Bogle, who will also be making the step up to Regional Formula 3.

“The Indy Lights car is a big step up but my experience in the car so far has been amazing.

“I know with the support of Carlin and Jay I will have everything around me to spend the year learning and growing as a driver.

“Carlin have a great reputation in the series so I know I’ll be in great hands. The calendar looks fantastic and I can’t wait to get the season underway.”

FIA F3 Championship podium finisher Alex Peroni will be Bogle’s team-mate at Carlin, which is returning to Indy Lights after winning titles in its first spell in the series from 2015 to 2017.

“We’re pleased to welcome Christian to the team for the 2021 season and also thank Jay for entrusting us with this next step in Christian’s career,” Carlin team boss Trevor Carlin said.

“The Road to Indy is a fabulous programme and the Indy Lights Series is the perfect next step for drivers wishing to climb the motorsport ladder.

“The IL-15 will be a big step up for Christian based on the power and grip that he is familiar with in USF2000 but we will ensure he feels as comfortable as possible for the season ahead.

“Christian already has experience of some of the key circuits on the calendar so that will be a great help as he familiarises himself with the 2021 package.”