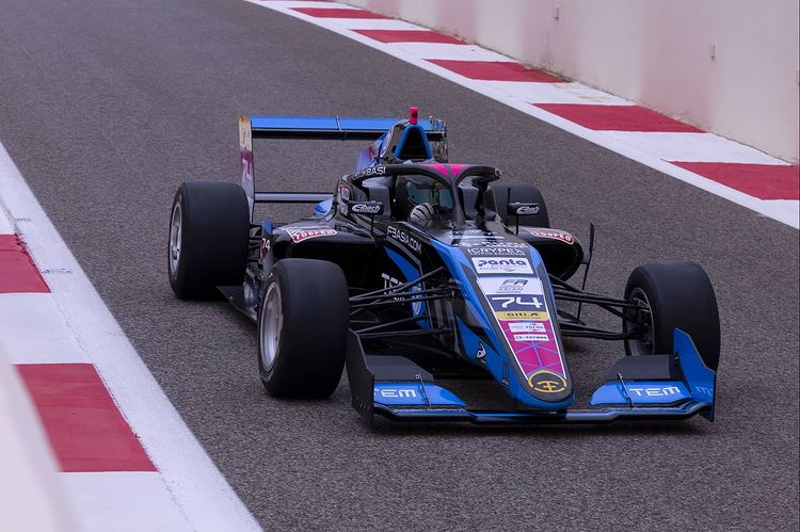 Damage from a crash in the Formula Regional Asian Championship opener has ruled Evans GP’s Cem Bolukbasi out of the second round of the season at Dubai Autodrome.

Bolukbasi failed to finish all three races in round one at Yas Marina Circuit last weekend due to clashes, with his race three retirement caused by stalling on the grid and then being hit from behind by two cars.

That race was red flagged, and there was a lengthy delay before it restarted due to the debris and the state of the cars involved. Bolukbasi’s tub was transported to Dubai, but will need further work to be race-ready.

“Hello everyone, unfortunately after the crash last weekend, the car was totalled and couldn’t get ready for this weekend’s races,” he posted on Twitter. “We tried our best until last minute but unfortunately I won’t be racing in FRAC this weekend. The preparation for Formula 2 season will continue.”

FRAC will be racing at Dubai for three consecutive weekends, meaning if the car is repairable then Bolukbasi should be back on track by February 4.

The championship held a pre-event test on Friday (January 28), and Mumbai Falcons’ Dino Beganovic was fastest in the morning by edging Abu Dhabi Racing by Prema’s Jak Crawford by 0.060 seconds.

The top 14 were spread by less than a second, and 2021 FRAC runner-up Pierre-Louis Chovet was 10th fastest on his single-seater return with BlackArts Racing. He was called up as the team’s reserve driver and tyre engineer Alister Yoong didn’t have the money to take up the seat.

Beganovic’s benchmark stood for much of the afternoon, with Hitech GP’s Isack Hadjar getting close with a 1m34.663s.

Almost the whole grid went out with 12 minutes to go of running, and 3Y Technology by R-ace GP’s Hadrien David set a 1m34.403s to head Pinnacle Motorsport’s Pepe Marti’s, who posted a last-minute flyer, and Hitech’s Gabriele Mini.