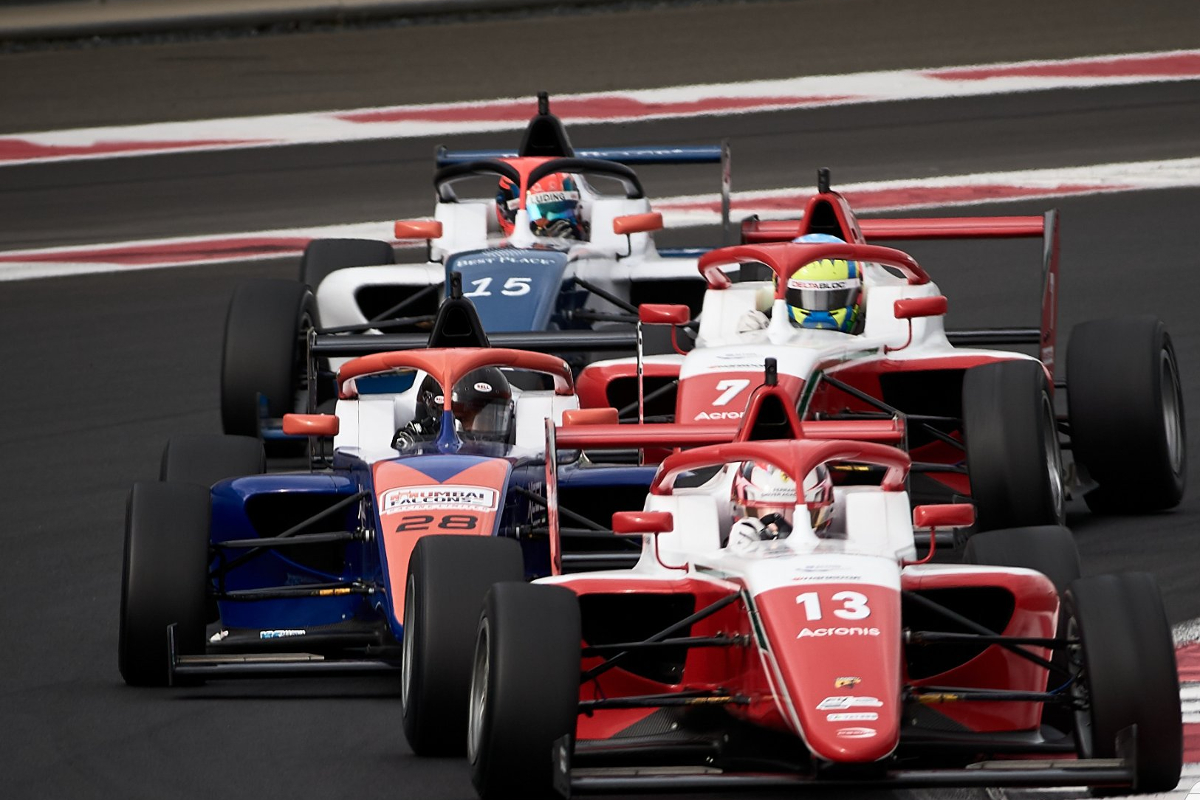 Bedrin was fastest in the morning session on Friday by 0.097 seconds ahead of Prema’s Rafael Camara, who is set to make his single-seater racing debut this weekend after a positive COVID-19 test ruled him out of last week’s season opener.

Fellow rookie Martinius Stenshorne was just 0.010s slower in third place for 3Y Technology by R-ace GP, with three of the next five drivers on pace coming from Prema’s stable of cars split between its main team and Abu Dhabi Racing.

There was exactly a second covering the top 16 cars, with AKM Motorsport’s sportscar star Loris Spinelli in 11th place and with a gap of eight tenths to the top on his second day back in a single-seater car in almost eight years.

In the warmer afternoon session there was little action, with Stenshorne and Spinelli initially going fastest but not at a truly representative pace.

Bedrin was the first driver to lap sub-1m40s, ahead of Stenshorne, PHM team-mate Taylor Barnard and Spinelli, and while he did improve by half a second after that he was shuffled down to third as Ferrari juniors Wharton and Camara went to the top.

Wharton set a 1m39.010s that stood as the session’s benchmark for the next hour, while Camara was almost three tenths slower. Late on Bedrin returned to track and snuck into second, a quarter of a second off of Wharton but still possessing the fastest laptime of the day from the morning.

Stenshorne was fourth, 0.007s up on Prema’s Charlie Wurz, and there were six other drivers who got into the 1m39s. The only driver to set their personal best in the afternoon was Pinnacle Motorsport’s Jules Castro down in 28th place.

Francesco Pizzi steps up to FIA F3 with Charouz