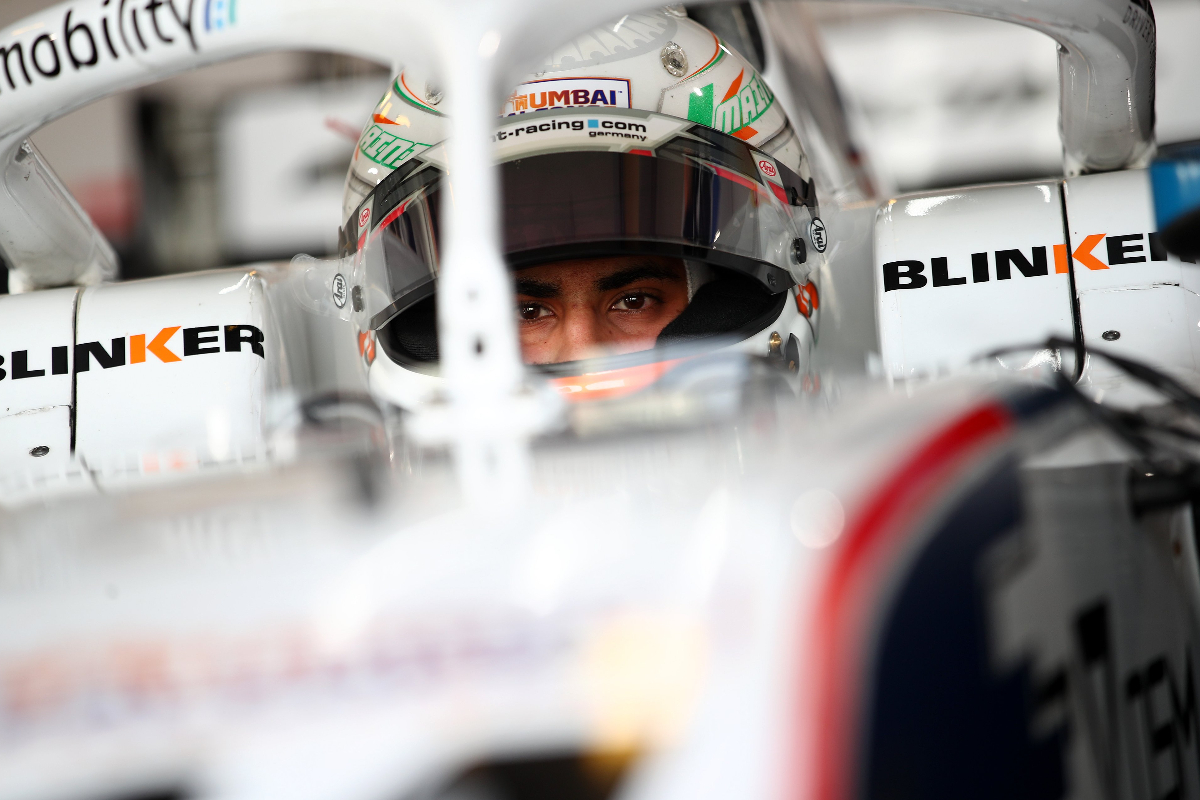 Trident’s Roman Stanek was first to set a lap, and it only took 10 minutes for his team-mate Clement Novalak to set an almost unmatchable 1m37.366s laptime that put him 2.596 seconds ahead of Carlin’s Enzo Fittipaldi in second place.

Novalak had only improved by 0.074 seconds by the half-hour point, but his opposition had not got much closer either with Carlin’s Zane Maloney and then ART Grand Prix’s Victor Martins setting 1m39.6s laps that still still left them 2.34s behind.

Only 17 drivers had been on track, and after 40 minutes only five drivers had set sub-1m40s laps as the final session focus was on long runs.

Prema’s Ollie Bearman moved into second place after 50 minutes, going a tenth faster than Martins, with DAMS’ Ayumu Iwasa then demoting him to third with a 1m39.470s lap a few minutes later.

Hitech GP’s Jak Crawford found another two tenths in pace and became the first driver to get within two seconds of Novalak, and team-mate Isack Hadjar set two successive improvements before the end of the first hour to become only the second driver to lap sub-1m39s.

There was no further change near the top of the leaderboard until the second half of the three-hour session, as Campos’s Ralph Boschung and then Fittipaldi went fifth fastest at the halfway mark.

At this point Maini was down in 17th place, and had been warned for not respecting where practice starts are supposed to be completed.

Fittipaldi moved up to second place, within 1.579s of Novalak, before the first red flag stoppage where Maloney was left on track.

Track action resumed after a 13-minute break, with Virtuosi Racing’s Jack Doohan and Boschung quick to improve once they were able to go on track again.

With 51 minutes to go, ART grand Prix’s Theo Pourchaire bettered Fittipaldi by four tenths to move into second place, and Arthur Leclerc then moved ahead of Fittipaldi and Pourchaire with successive personal bests.

Iwasa made it two DAMS drivers in the top three with 40 minutes remaining, and Van Amersfoort Racing’s Rafael Villagomez went straight into fourth place with his first flying lap of the session to count.

There was an even bigger surprise 15 minutes later when Maini went from 20th to first place with a 1m36.875s lap, putting him 0.417s ahead of Novalak.

After that was another red flag stoppage caused by Charouz Racing System’s Roy Nissany stopping on the back straight, and the second restart occurred with five minutes left on the clock.

Only a handful of drivers headed back out, with Villagomez among those and moving into second place seconds before the chequered flag came out. Maloney also improved, going sixth fastest.