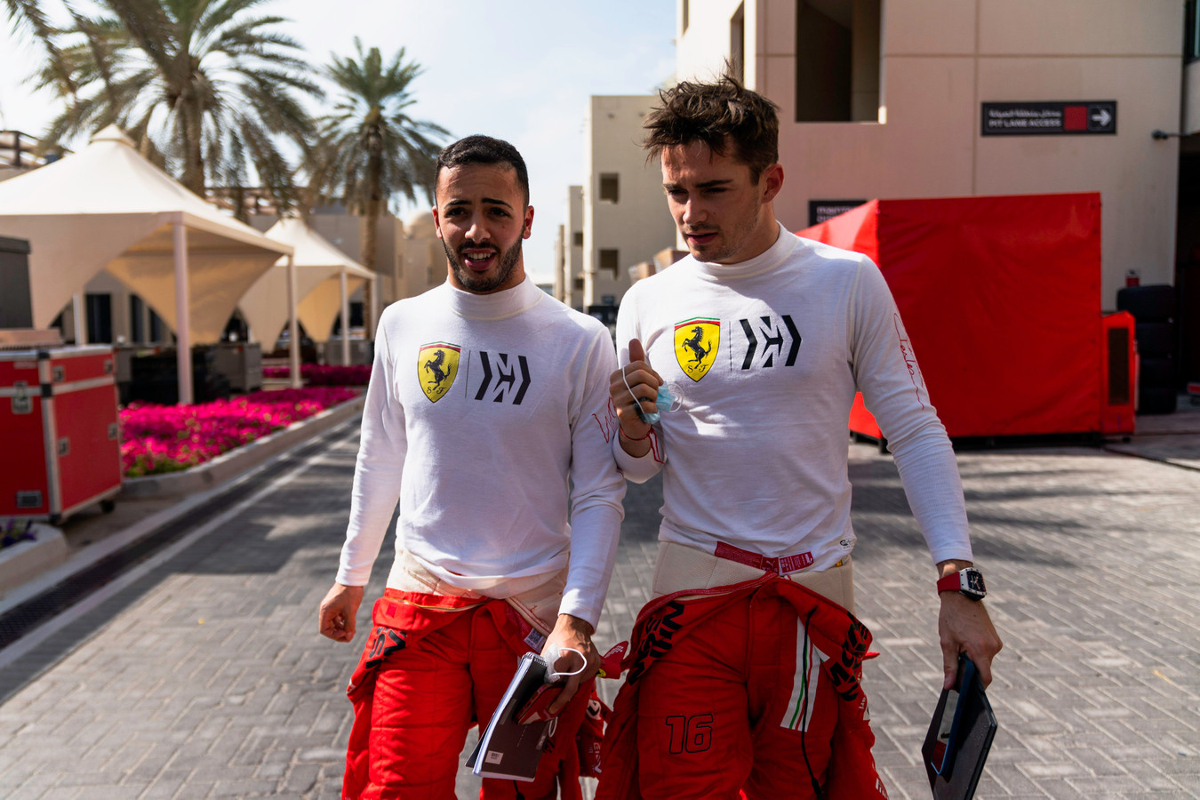 Antonio Fuoco has been at Ferrari nearly 10 years, rising up the single-seater ladder before moving to race GTs. He still works with the F1 team as test driver and recently experienced the Scuderia’s 499P hypercar

To have a long career with Ferrari requires results, loyalty and adaptability, and Antonio Fuoco – who is still only 26 – has just completed his 10th season racing with the Ferrari badge on his overalls.

Fuoco joined the Ferrari Driver Academy in 2013 for his first year in car racing, joining Jules Bianchi, Raffaele Marciello and Lance Stroll in the FDA’s ranks. That support continued through his single-seater racing career, which peaked at Formula 2, before he started combining his Formula 1 team roles with racing for Ferrari’s main GT sportscar teams.

“I’m in Ferrari for many years already and I hope that I can still be in this family for a longer time,” he tells Formula Scout. “And I’m still part of the development programme for the F1 with the simulator and all that stuff.”

Fuoco remains as passionate about life with Ferrari as ever. “I just try to give my best. I try to help as much as I can with my job. I’m proud of the job I’m doing. Being on this family, being in this team is a dream, so I just try to do my best and I do all the things they ask me to do.”

After exceeding expectations as a rookie by beating Luca Ghiotto to the Formula Renault 2.0 Alps title in 2013, Fuoco stayed with Prema for the move up to FIA European Formula 3. But not before he had taken four wins in the Florida Winter Series organised by the FDA and featuring several future F1 and IndyCar drivers all in Formula Abarth cars.

Despite a victory in the opening F3 round at Silverstone, Fuoco’s season was overshadowed by the battles between Prema team-mate Esteban Ocon and Max Verstappen. He took one more win, and finished fifth in the standings.

Fuoco perhaps had the misfortune to spend his formative years in karting and junior single-seaters in the company of a group of outstandingly talented young drivers including Verstappen, Ocon, Charles Leclerc and George Russell. On his day, however, he could beat these illustrious contemporaries, and did so in both karts and F3. 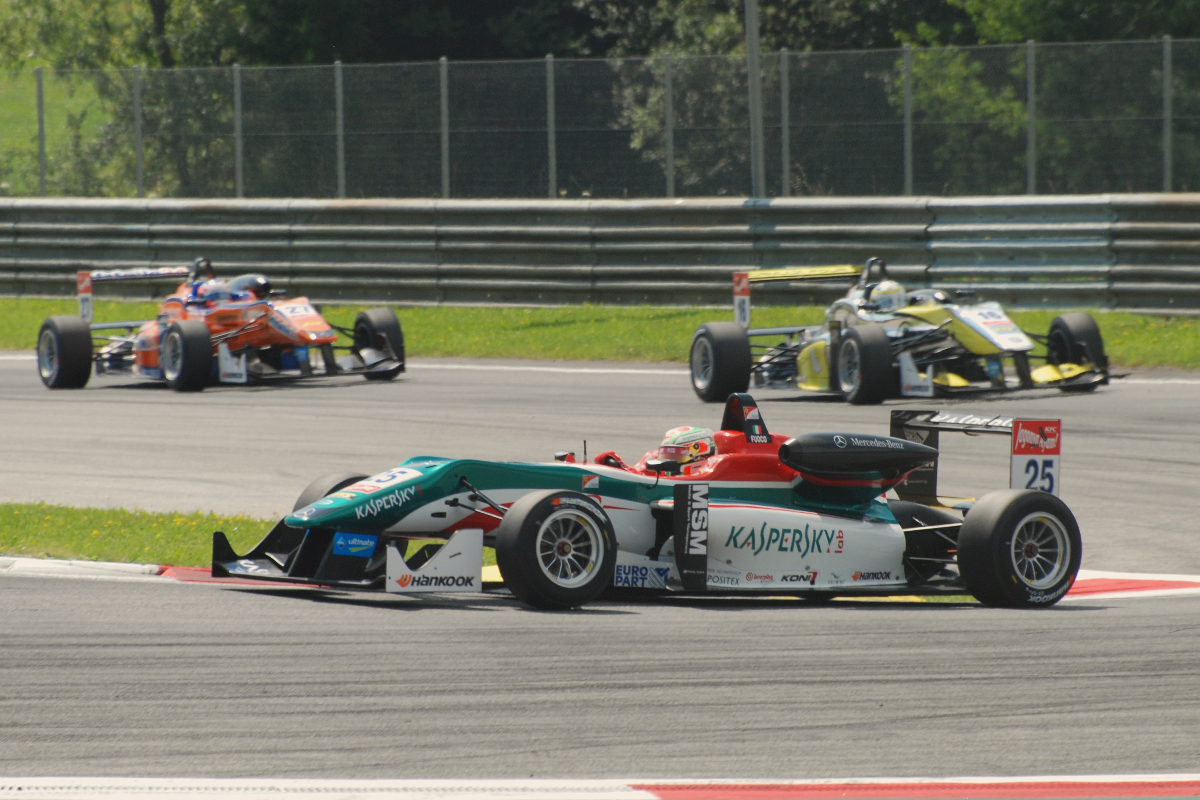 “I was against some great drivers who are now in F1, for example Charles, Max, Esteban, so many drivers,” he says. “They are all really good drivers. There is not one particularly fast, but I think they are all really fast.”

After two seasons in GP3 with Carlin and Trident, coming third behind Leclerc and Alex Albon in 2016, he rejoined Prema as he stepped up to Formula 2 in 2017, with karting rival and fellow Ferrari junior Leclerc as his team-mate.

Fuoco struggled to make an impression, while across the garage Leclerc was sweeping all before him on the way to the title and a 2018 F1 seat. The only win of the year for Fuoco came at home in Monza’s feature race – a result that he considers one of the highlights of his single-seater career.

Naturally, his F1 test and simulator driver role at Ferrari ensures that he remains in close contact with Leclerc.

“I learned a lot from him, we shared a lot of information during that year, and I’m still learning from him when I see him racing in F1.”

For his sophomore season in F2, Fuoco moved to the debuting Charouz Racing System team, winning the sprint race in Monaco, “a special place and a special race,” and at the season finale in Abu Dhabi.

“All the seasons I did I always tried to do my best,” he says, looking back on his single-seater career. “Sometimes it worked well, sometimes it worked a bit less. It’s part of the game. We try to give our best and take what we have in the end.”

What he never lacked was passionate support from his loyal army of travelling fans. Wherever in Europe he was racing, Fuoco would be greeted by a vocal band of supporters armed with horns, flags and banners, cheering on their man. Social media has made such fanbases more common now, but there were none as active as Fuoco’s when he was in the junior series. 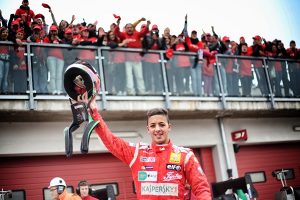 “It was quite emotional at that time,” he recalls. “Coming to a small category, let’s say, with all those people around was something special. I always thanked all of them because they came from the south of Italy, [and it] is not easy going all around Europe and around the world.”

“But it was a pleasure to see all those people close to me and I still have a lot of fans close to me, so it is something really special,” he adds.

Fuoco formally left the Ferrari Driver Academy at the start of 2019, although he remains involved in a consulting capacity. At the same time, he was promoted into a direct role with the F1 team as a simulator driver. In the years since he has succeeded Davide Rigon in leading the development of Ferrari’s simulation facilities as well as the F1 cars modelled in them.

His first experience on track in an official F1 test came in 2015 at the Red Bull Ring, with further opportunities following in Barcelona in 2016 and the post-season tests at Yas Marina Circuit in 2020 and ’21. The latter have been key parts of his job to make sure Ferrari’s simulator calibrates as closely to its real-world cars as possible.

Ferrari handed its two mandatory rookie free practice outings this year to 2021 F2 runner-up Robert Shwartzman, but Fuoco was willing to drive on a grand prix weekend had an offer come and if it did not clash with his other Ferrari commitments.

Since the end of 2019, Fuoco has been racing for Ferrari teams in GTE and GT3 sportscars. This year he has accrued air miles by combining the World Endurance Championship with works team AF Corse, the IMSA championship in the USA with Cetilar Racing and GT World Challenge Europe with Iron Lynx – a hectic schedule.

Fuoco took the fight for the title in the GTWCE Endurance Cup to the final round at Barcelona, although finishing second there meant he fell short of being champion by just three points. However, he then completed his year by winning his class in the Bahrain 8 Hours. It was a significant victory as it was the last ever one for a GTE car in the WEC. 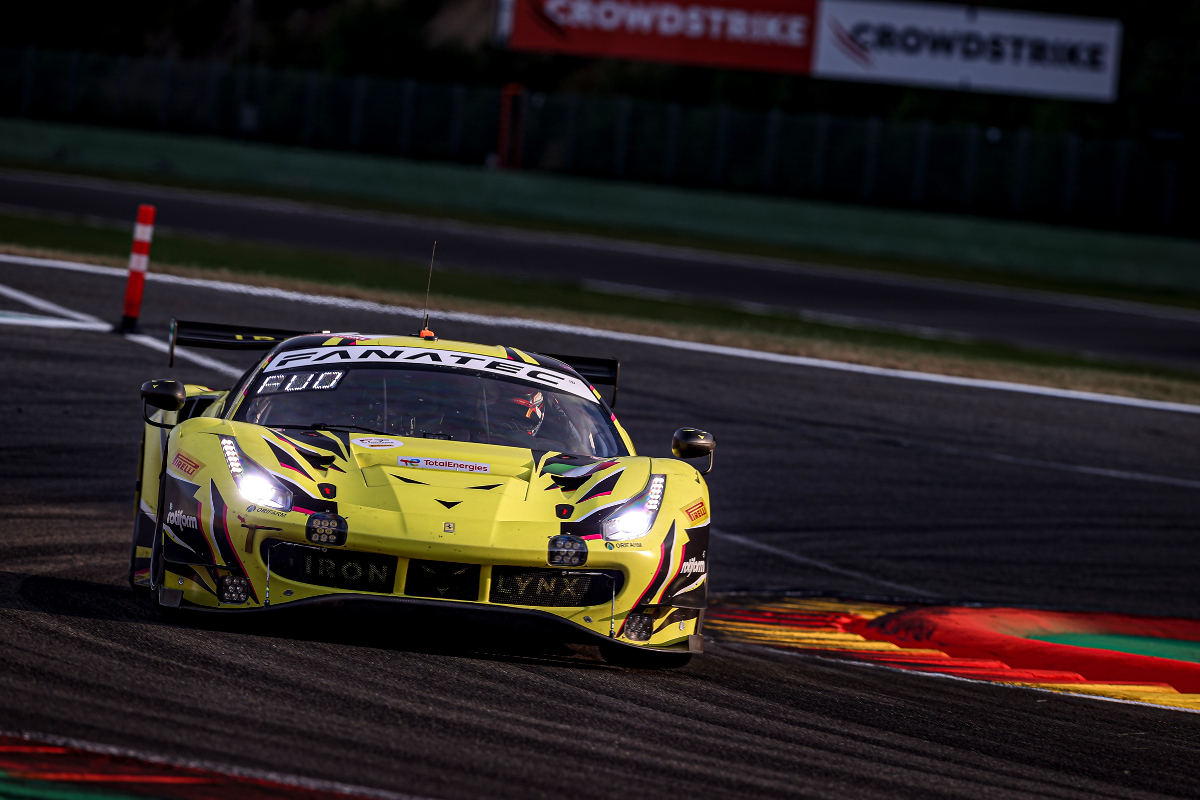 GTs are “a different concept of racing but, for sure, all the experience I took from single-seaters I bring to the GTs”.

Unlike in single-seaters, “you always need to share the car with the other drivers, so sometimes you need to compromise your driving style to help the others”.

But he is revelling in what are still the early years of his sportscar career, as he had only actually contested two races in total prior to landing full-time seats in GTWCE and WEC in 2021, and – perhaps surprisingly – says that he actually prefers the endurance races to the sprints as “I like to share the information with the other drivers, to share the car with the other drivers”.

Doing multiple series has given him the chance to race in three 24-hour classics: Daytona, Le Mans and Spa-Francorchamps.

“We know that anything can happen in 24 hours,” he says. “The important thing is to be in the right place at the right time. We just need to keep calm, keep cool and try to do our best.”

For 2023, Ferrari will enter the WEC’s top class with the highly anticipated 499P Le Mans Hypercar. It will be the first prototype sportscar to be designed and constructed in Maranello in over 50 years, since 1971’s 312 PB.

Fuoco got his hands on the car at a three-day test at Algarve in September. Though Ferrari has remain tight-lipped on who will be getting the coveted race seats in the 499P, Fuoco admits that “if I will have the chance, for sure I will take it”.

For now though, his mind is on the job in hand. “My focus is just to do the best in the championship I’m doing,” he says, before adding “it looks at the moment it’s working quite well” and that “I really hope that we can continue on this direction”.