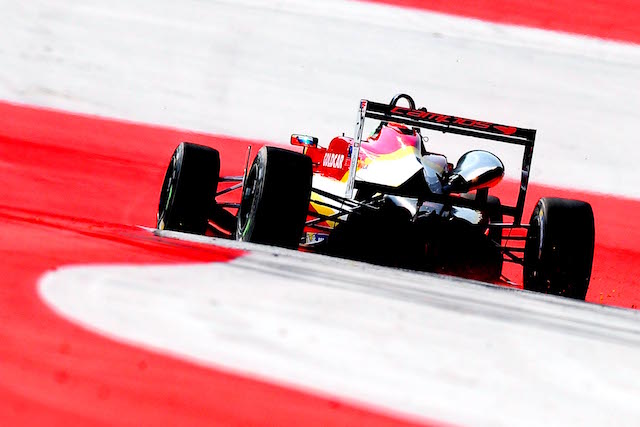 Florescu, who turned 18 last week, spent a second season in MSA Formula/British Formula 4 with Carlin last season, winning five?races and finishing up sixth in the standings after leading the title race after six of 10 events.

He said Campos, who ran Leonardo?Pulcini to the 2016 title is?”a very professional group of people who I respect immensely”.

“I am sure together we will fight for wins straight away and I can’t wait for the season to begin,” he added.

“Since the first test I did, I felt at home, and that is the most important thing,” he said.

“This will be a very important year for me, as I’m making my debut in single-seaters in Europe coming from a great season in Brazil.

“I hope to learn from Campos Racing a lot and work well together, improving in all aspects. I will be forever grateful for this opportunity.”

Vivacqua, 20, returns to Europe after following a run to third overall?in the 2015 Formula Renault Alps season with fourth in Brazilian F3 last year.

“I’m really pleased to join the team and we will fight and work hard to be on top,” he said.

Iorio and Vivacqua are the third and fourth drivers to make the move?from Brazilian F3 to Euroformula Open this winter, after Pedro Cardoso and Christian Hahn.