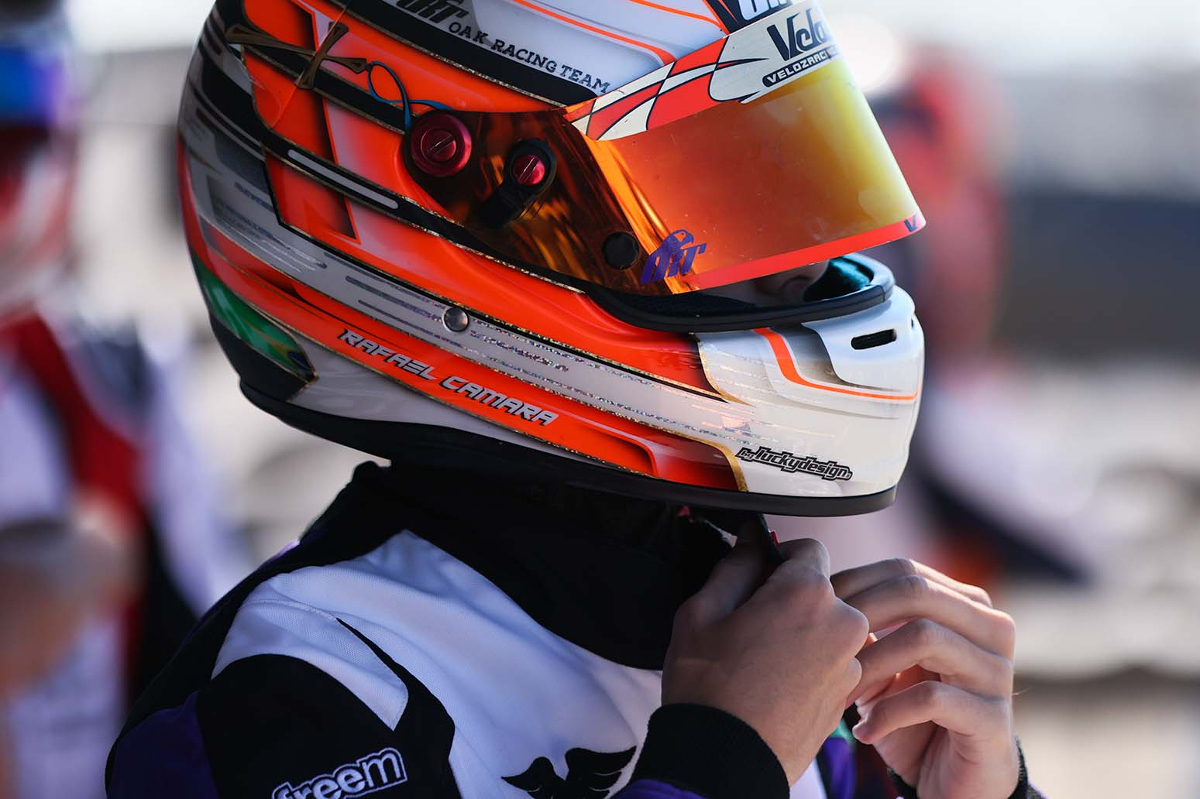 This weekend will mark the first repeat use of a circuit in the five-round series, with the first three events taking place at Yas Marina Circuit and then on Dubai’s International and GP configurations.

The cooler temperatures of the morning lent themselves to faster laptimes during Friday’s test, and it was Prema’s drivers who led the way in the first session. Camara and Wurz were fastest, with Abu Dhabi Racing by Prema’s points leader Aiden Neate just 0.095s back in third place.

Hitech GP’s Alex Dunne, best of the rest, was a massive 0.486s behind and meant it was only the Prema trio who broke the 2m00s barrier. The returning James Wharton put the second of the Abu Dhabi Racing cars in sixth place, 0.646s slower than Camara, while his team-mate Conrad Laursen failed to get out on track to set a lap and didn’t run in the afternoon either.

Camara was at the top of the times for much of the afternoon session, until the final quarter of an hour when PHM Racing duo Taylor Barnard and Nikita Bedrin came to the fore.

Barnard was the first to set a sub-2m01s lap, and was swiftly usurped by Bedrin who posted a 2m00.898s. The Russian improved again on his next lap to a 2m00.796s, while Barnard managed to get a 2m00.894s in before pitting and settling for second place.

Camara’s earlier benchmark of 2m01.092s put him in third place in the session, ahead of Neate and Hitech’s Luke Browning and Dunne.

There was only one driver who improved on their morning best: Pinnacle Motorsport’s Jef Machiels. The Belgian karting graduate’s 2m03.241s lap lifted him from 30th to 29th place overall.