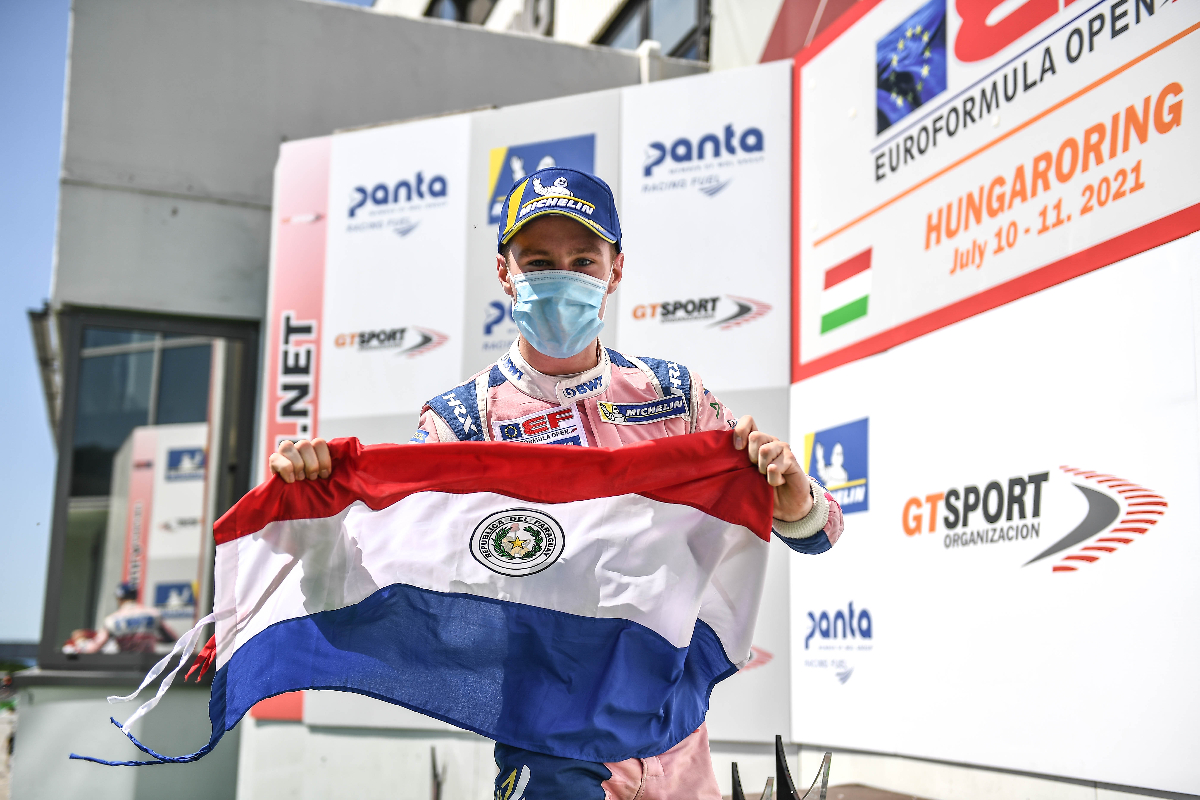 Since 2019 he has been racing for Mucke Motorsport in the entry-level category, starting in the United Arab Emirates where he won five races, then moving to Italy where he won once. On his return in 2020 he took another win but only did eight races.

Instead the focus that year was on ADAC F4, where he came sixth in the standings with two victories. Attention returned to Italian F4 in 2021, with another two wins earned and seventh in the points. He also made the podium on debut in Euroformula.

“I am very happy to announce that this year I will be running in the FRegional European Championship with the Arden Motorsport team,” said Duerksen.

“I feel motivated and prepared for this great challenge that will undoubtedly not be easy and I will work hard and I will put all my sacrifice to give my best and obtain the best possible results.

“A year of many challenges and emotions is coming accompanied by the Paraguayan flag!”

In his announcement, Duerksen showed off a Tatuus T-318 car adorned in Arden’s traditional red-and-white livery but with a blue stripe and the Paraguayan national coat of arms.

New Red Bull junior and reigning United States Formula 4 champion Noel Leon will be Duerksen’s team-mate at Arden in FREC, with Eduardo Barrichello having also tested for the team over winter and with eyes on a seat in the series after racing for JD Motorsport last year.