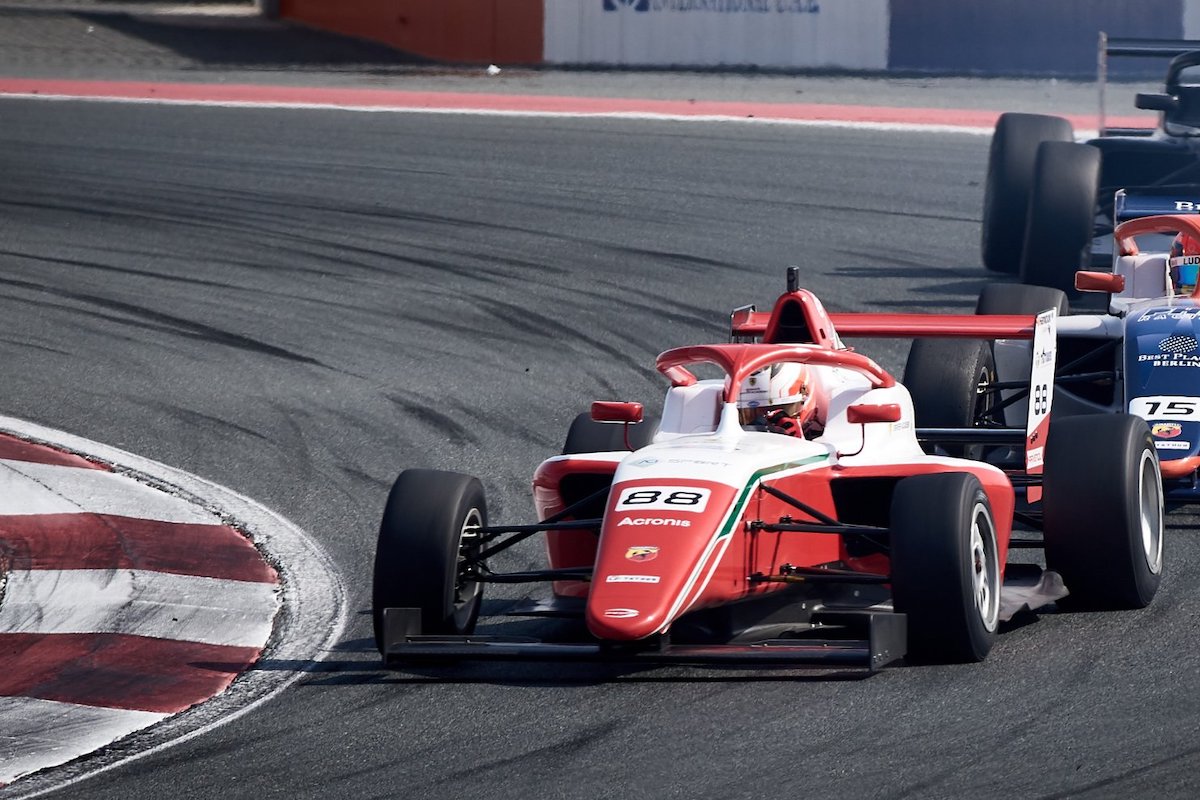 Camara’s team-mate Charlie Wurz led the 25-minute race from pole at the start, while Browning got himself in the mix at the front behind Camara, who held second.

Browning then made his move on Wurz. The pair made contact, and then the safety car was called for the car of debutant Valerio Rinicella – who had stopped at the last corner.

The pair squabbled behind the safety car but Hitech GP driver Browning eventually slotted ahead of Wurz. However, he was later penalised 10 seconds for overtaking under safety car conditions.

The stoppage to the race was lengthy due to the time it took to recover Rinicella’s car, but also because Michael Shin also came to a stop. Nikhil Bohra also retired during this time.

This left a five-minute sprint to the flag, and the lead trio held position for the most part.

That was until the final lap, where Bedrin passed Wurz for what became second after Browning’s penalty.

Camara came through to win his first race in cars by 3.777 seconds ahead of Bedrin and Wurz, although Browning was less than a second behind on the road.

Ivan Domingues took ninth ahead of debutant Christian Ho, while Browning was classified in 12th behind Suleiman Zanfari. Neate was in contention for a podium but dropped well down the order late on and finished only 17th, meaning the absent James Wharton remains at the top of the championship.

There was further drama as on the final lap there was contact between Jonas Ried and Nandhavud Bhirombhakdi, which caused the latter to retire on the last lap. It is one of a number of incidents set to be investigated after the race.