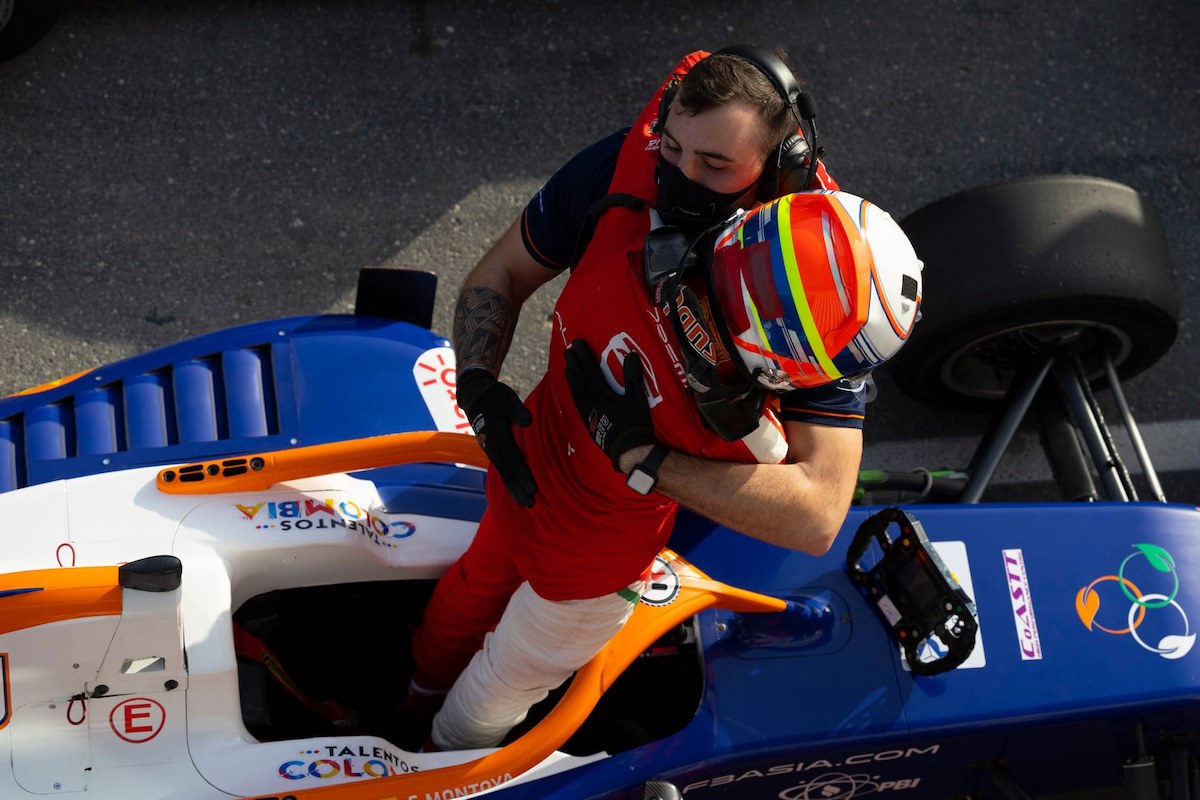 Montoya was jumped by Isack Hadjar at the start but was able to reclaim the lead with a move at the first corner.

From there, Hadjar was able to keep with Montoya as the race progressed until red flags were waved as debutant Francesco Braschi’s car spectacularly blew up at the start of the back straight just after the halfway point of the 30-minute race.

The race was resumed with 12 minutes to go via a safety car restart as sunlight reduced. At this point Hitech GP drivers Hadjar and Leonardo Fornaroli, running second and third, had been handed five-second penalties for being out of position at the original start.

Therefore, while Hadjar was able to keep up with Montoya, it was a comfortable win for the Colombian.

Leclerc passed Beganovic on the final lap and then moved up to second with the penalties so extended his points lead.

After a dreadful start from third on the grid, Abu Dhabi Racing by Prema’s Jak Crawford was able to recover from towards the back to finish just behind Lorenzo Fluxa in 12th.

Thomas Luedi retired after a collision with Masters classification rival Salih Yoluc on the penultimate lap, but the car was far enough out of the way such that the safety car was not required again.