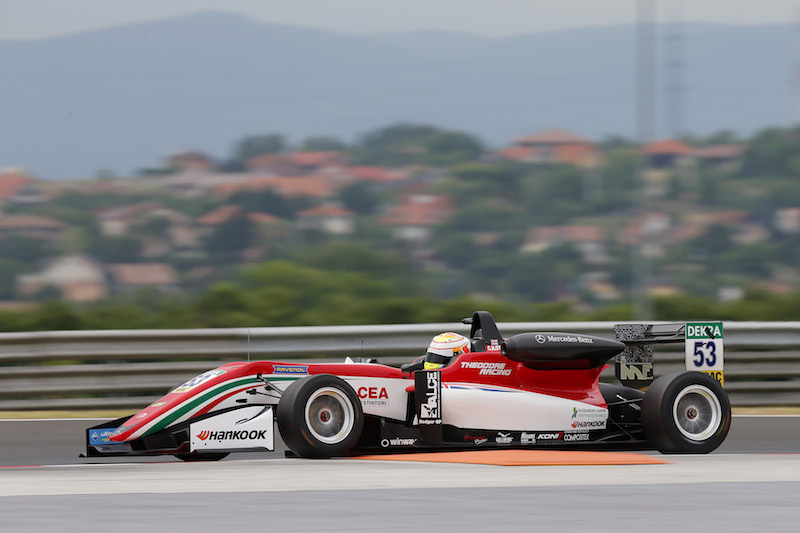 Callum Ilott took a commanding win in the second race of the Formula 3 European Championship round at the Hungaroring, as the championship fight closed up.

The Prema driver kept the lead from pole position at the start, and although his advantage over Joel Eriksson was only half a second at the end of the opening lap, he pulled away to win by 8.6 seconds.

Lando Norris had perhaps his worst start to-date in F3 from third on the grid to fall to 16th place.

He got past Marino Sato for 15th before the end of the first lap, but would only make up one further position before the end, passing Harrison Newey to finish 14th.

Championship leader Maximilian Gunther would fail to make progress from sixth on the grid despite Norris falling back, with David Beckmann getting ahead of him at the start to score long-awaited first points of the season in fifth in his second race for Motopark.

Gunther’s advantage has been reduced from 19 points to 12, with Eriksson now into second.

Ilott moves one point ahead of Norris, and 26 points behind his team-mate Gunther.

Guan Yu Zhou scored his first podium since the 2016 Hungaroring round last April, finishing just over a second behind Eriksson and 1.5s in front of Jake Hughes.