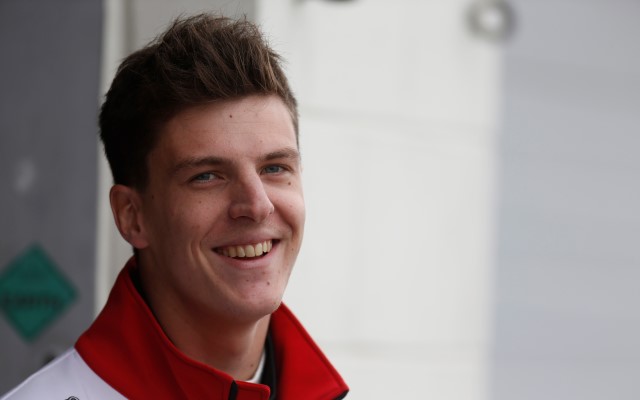 Former GP2 star James Calado has completed a deal to race for Ferrari in the FIA World Endurance Championship.

The move will see the Englishman drive for the factory AF Corse team in the GTE Pro class of the WEC, including the Le Mans 24 Hours.

Calado secured the seat after testing a 458 Italia at Vallelunga, and saw off competition from compatriot and former GP2 rival Sam Bird as well as ex-Formula 1 racer Jerome D’Ambrosio to take the place vacated by?Kamui Kobayashi‘s return to Formula 1 with Caterham.

Bird has, however, also been recruited by AF Corse to contest Le Mans and the WEC opener at Silverstone in a GTE Am class entry.

Backed by the Racing Steps Foundation for the duration of his single-seater career, Calado was runner-up in Formula Renault UK, British F3 and GP3 between 2009 and 2011, beaten only by team-mates and current F1 stars Jean-Eric Vergne and Valtteri Bottas in the latter two years.

He shone in his rookie season of GP2 in 2012, finishing fifth in the standings. 2013 did not go to plan for him as his ART team struggled, but he salvaged third in the points and took part in five F1 free practice sessions for Force India.

A factory deal to race Ferrari GT cars in the WEC is a great opportunity for Calado, and a thoroughly well-deserved one too. It’s not a bad result for a driver who wouldn’t have been able to progress in motorsport without the generous support of the Racing Steps Foundation.

But it’s a mark of how much Calado has impressed over the past few years that, while on one hand I am pleased for him, there’s also a feeling that it could have been more. More than being paid to race Ferraris for a living. Crazy, isn’t it?

But Calado has been the standout performer of the last two years of GP2. It’s Most Valuable Player, if you like. If any GP2 driver deserved to break into F1, it was him.

Finishing second-best to Vergne and Bottas in the past means he was never thought of as highly as them. But even though he may not quite have been world champion material, he definitely warranted a place in the 22. Unfortunately, he didn’t quite do enough to impress the top teams, and without millions behind him, he couldn’t tempt the smaller teams either.

The bigger teams probably were interested after his 2012 campaign (we ranked him as our third best driver of the year), but things sadly didn’t work out for him in 2013, for a number of reasons. He still showed his class though, getting the best championship result that anyone could realistically hoped for out of the situation.

He did do enough to get some running out of Force India, and it’s a shame that he wasn’t handed a full-time third driver role there this year. But Daniel Juncadella has a big sponsor and the support of engine partner Mercedes, and is no slouch behind the wheel either.

But, although Calado could have enjoyed a long career in F1, he could also have found himself on the sidelines again in 12 or 24 months. Just like some of the drivers who have bought their way into F1 will be. The chance of a factory Ferrari GT drive doesn’t come around every year, and it’s a chance that absolutely has to be taken. Given the competition that he’s had to see off, he obviously went well in the test so we can be confident he will do well in races, too.

Perhaps the real disappointment here is that Bird, who arguably also deserved an F1 break after an impressive GP2 campiagn last year, is left picking up whatever scraps he can this year, with drivers of Calado’s calibre available on the market to snap up the big deals.

It’s been a pleasure to report on James’ racing over the past three seasons and we wish him the very best in his new job. 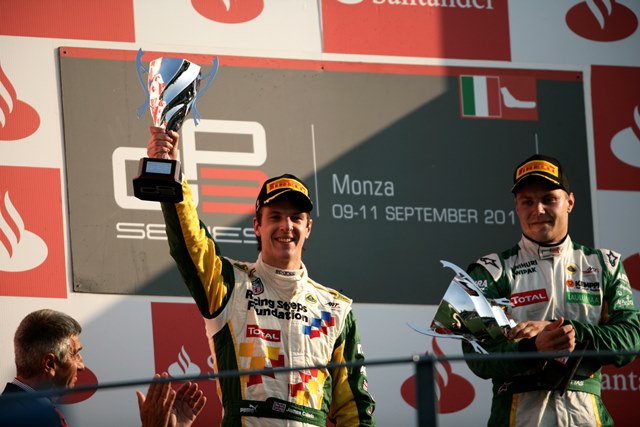