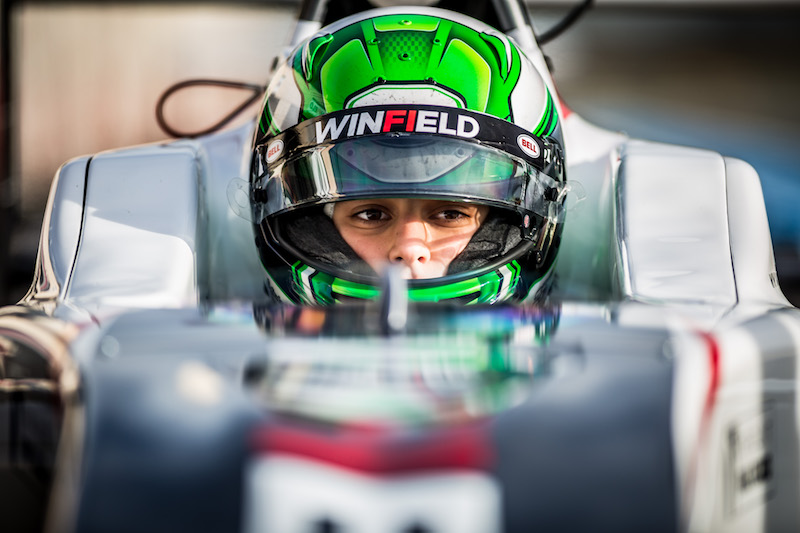 Caio Collet continued the promising start to his single-seater career by winning the revived Volant Winfield award in an assessment process at Paul Ricard this week.

Collet, the 15-year-old Brazilian protege of Formula 1 driver manager Nicolas Todt, wins a full season in French Formula 4 (which he was already due to race in this year) as well as the “preparation and management” of the Winfield Racing School during the season.

They then took part in three timed sessions in Mygale FIA F4 cars fitted with two-litre Renault engines, with UAE F4 race winner Collet doing enough to be selected as the winner.

Fellow French F4 rookie Theo Pourchaire was chosen among the younger drivers in the programme for the Trophee Winfield, receiving three F4 test days with the school and automatic registration for next year’s event.

“I think that we have achieved our objectives,” said Winfield Group president Frederic Garcia.

“It was an audacious bet, which required a lot of preparation and financial research. We have worked on the regulations for a long time. It had to be strict to make sure it did not create suspicion on how the winner was decided.

“In the end we are proud to return the Volant Winfield’s great reputation and international scope to the 21st century.

“Regarding the candidates, we are delighted by their extremely high level of performance.

“The selection for the final was difficult and we did not take into account just the lap times. Physical and mental evaluations, as well as the candidate’s human and sporting qualities also directed our choice.

“During the finale, the three drivers improved continually, session after session. They proved to be very fast, despite what was at stake and the pressure. The intensity was there, all the judges treated this final like a Formula 1 qualifying session.”