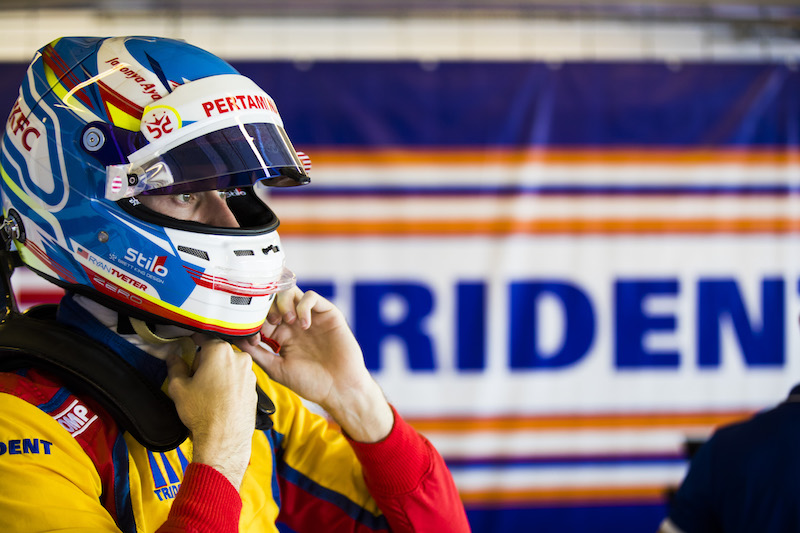 Ryan Tveter will remain with Trident for his second GP3 season.

He finished eighth in the drivers’ championship, picking up three podiums, and helped Trident secure second place in the teams’ championship.

Two second-place finishes were the best results of his season, and he was narrowly beaten to the win by one of his team-mates on both occasions.

?I?m so happy to continue to race for Trident in GP3,” Tveter said.

“Last year was a breakthrough season for me and a huge part of that was the support and focused environment in the team.

“Everyone works with a common goal of fully supporting the driver to get the best results possible. That support really helps you to feel confident in yourself and the car underneath you.

“I narrowly missed out on my first win on a couple occasions, but nonetheless, we achieved some fantastic results with great consistency.

“To stand on the F1 podium for the first time was something I?ll never forget and spraying the champagne after receiving your trophy doesn?t get old either.

“The team and I have high targets going into 2018 and I can?t way to get pre-season testing underway.”

Tveter began his racing career in single-seaters in America in 2011 without any karting experience, and made the switch to Europe five years ago, aged 18.

“We are delighted to have Ryan back on the team for our 2018 GP3 campaign,” said Trident team manager Giacomo Ricci.

“He is a very skilful and precise driver who has a very different background to most drivers in racing at this level.

“After joining Trident, Ryan found an environment to thrive in and continue to progress with stellar consistency delivering many great performances and results along the way.

“Following him with the utmost care and providing the strongest car possible to chase his first GP3 win will be our absolute priority.

Tveter will continue racing alongside his 2017 team-mate Ferrari junior?Giuliano Alesi this year, while one of his other team-mates Dorian Boccolacci has switched to MP Motorsport for his second year in GP3.

GP3’s pre-season begins next week with a two-day test at Paul Ricard.