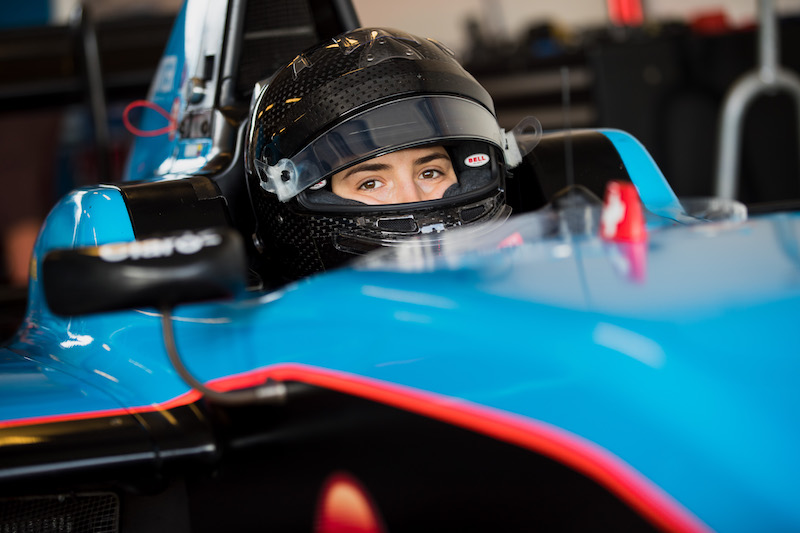 The Colombian raced for Arden and then DAMS in her first two seasons in the category, and has four points finishes in 33 starts.

Calderon previously raced in European Formula 3, where she got eight points finishes, and got a podium on her World Series Formula V8 3.5 debut at Bahrain last year in the championship’s final ever race.

She tested for Jenzer in the GP3 post-season test last year – after DAMS announced its departure from the championship – and at the end of her first GP3 season in 2016.

?I?m extremely happy to be racing with Jenzer in GP3 this year” said Calderon.

“They have a great history in the series; last year they had a really successful season and everything went really well when I tested with them last year.

“I like the way they work, and I think together we can make a great combination and be very competitive.

“I?ve also been working really hard during the winter to be as ready as possible, as both the team and I want to be challenging the front-runners.”

Calderon will remain part of the Escuderia Telmex programme this year, the Latin American driver support programme that took Mexicans Sergio Perez and Esteban Gutierrez to Formula 1, both with Sauber.

Jenzer boss Andreas Jenzer added: ?I was hoping to sign Tatiana back in 2016 when she tested for us the first time, because we knew we would have a very competitive team.

“I am very happy Tatiana joins us for the 2018 campaign. I am sure with her experience she will be able to contribute on the technical and driving side.”

European F3 driver David Beckmann has been linked to the second Jenzer GP3 seat, after the German drove in the Abu Dhabi post-season test last November.