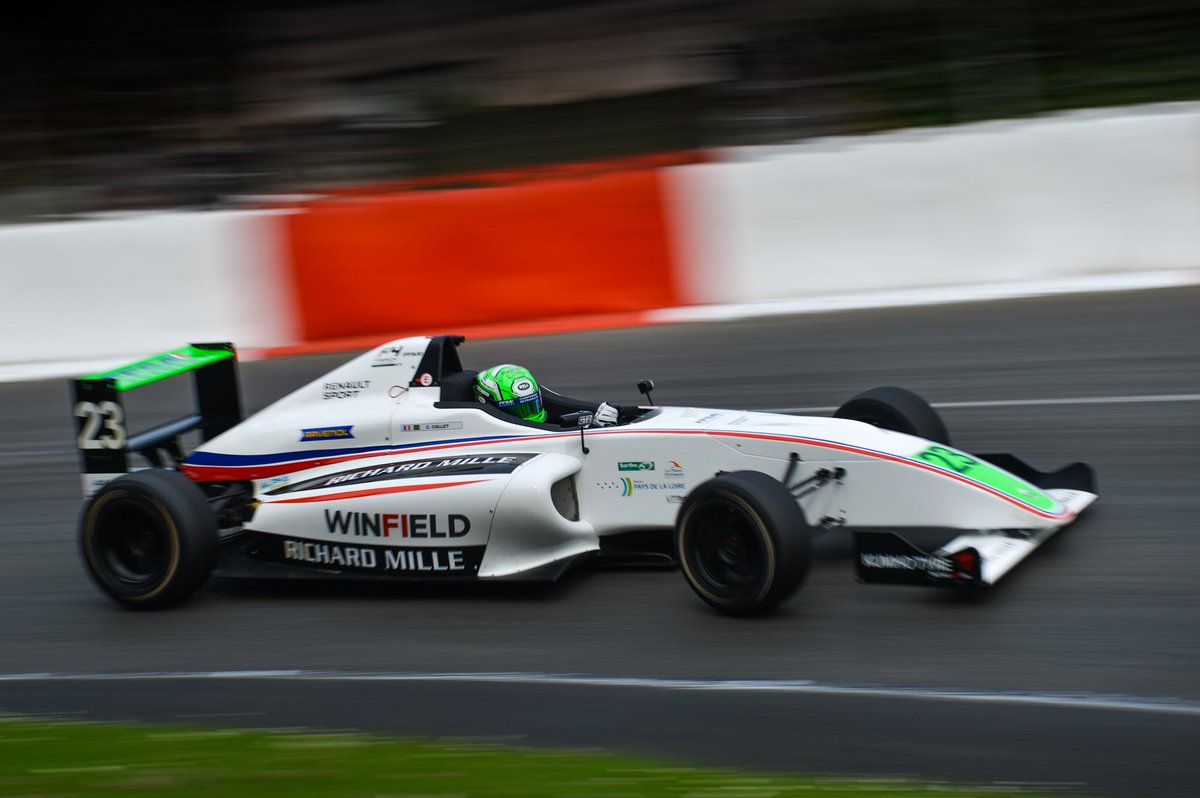 Caio Collet scored his second win on the streets of Pau in a shortened third and final French Formula 4 race at the weekend.

As in the opening race, Collet kept the lead at the start from pole position, while on this occasion, his race one rival Arthur Leclerc was passed for second place by Ugo de Wilde.

To make matters worse for Leclerc, stewards quickly determined he had jumped the start, and handed him a drive-through penalty.

Collet was already one second clear of de Wilde at the end of the first lap, and the gap remained around that size until the race was red-flagged around half-way through the allotted 20 minutes due to a threat of rain that then didn’t really come to anything.

Leclerc’s penalty handed the final spot on the podium to Esteban Muth. Pierre-Louis Chovet was fourth, while Stuart White repeated his race one first-lap move on Theo Pourchaire to get fifth.