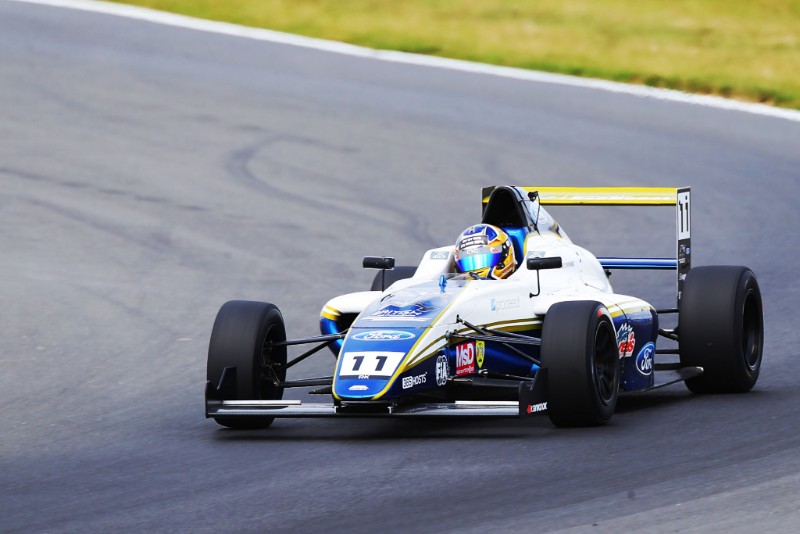 Luke Browning has admitted that he needed to work on ‘getting his head right’ before he was in a position to win in British Formula 4 again.

The Richardson Racing driver won the first race of the season at Brands Hatch, but had only taking one other win and two podiums before his starring reversed grid success at Snetterton.

“It?s nice to have the feeling back. It?s been a bit of a while,” Browning told Formula Scout.

“We were coming down today and I was speaking to my engineer and mechanics and I was saying ‘I?m really missing this feeling’. We?ve been working so hard to get the car right, to get my head right, to get quick back out on track and we seemed to solve that problem today.

“People seemed to ping off right and left of me really. I had nothing to do with it. People opened doors for me and I just sent it. And it worked out fine.

“It shows that we can be quick in both [dry and wet]. There?s no reason why we can?t be fast in both. As soon as we get the set up right and everything comes together, we?ll be quick.”

Browning won from 10th on the grid, a position set by his race one finishing position. He started that race from the back after being kicked out of qualifying.

“Sadly, my qualifying wasn?t great, due to some changes and it just didn?t come together.

After 17 of the 30 races, Browning sits in sixth in the standings for the one-car Richardson team, where he is coached by former Red Bull and Lotus Formula 1 junior Callan O’Keeffe, and is 127.5 points away from championship leader Zane Maloney.