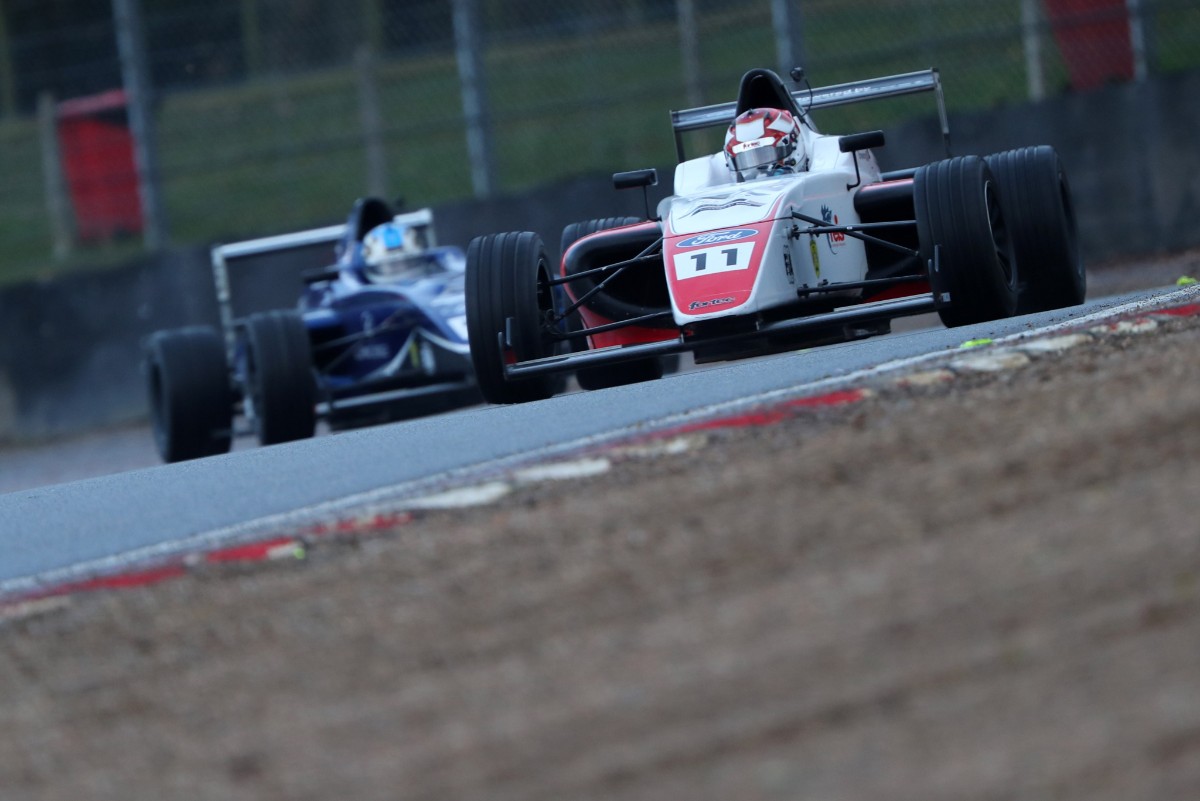 Newly crowned British Formula 4 champion Luke Browning believes his title hopes were saved by race-shortening rain while he was towards the back of the order in the final race.

The Fortec Motorsports driver was running at the bottom of the points positions while his Carlin-run title rival Zak O’Sullivan led after rain arrived midway through the 20-minute championship decider.

Red flags were waved just before the halfway mark as conditions worsened, and the result was taken from the end of the 10th lap.

This meant half-points were awarded, and Browning was crowned champion by four points rather than beight eight behind if positions had remained the same for the remainder of the race.

“The rain saved me, which it usually does,” Browning said in a television interview after the race.

“It’s like a monsoon outside. I walked up [the pitlane] and I’m absolutely drenched.

“The Fortec guys have been absolutely phenomenal this year. I think we had the biggest case of bad luck there on the first lap but it just came straight back to us. Some things are meant to be.”

Browning, and several others, were caught out early in the race by oil left on the track at Paddock Hill Bend and it was this that sent Browning down the order.

He had been running at the sharp end prior to that. O’Sullivan and JHR Developments’ James Hedley were also caught out at the same point, both running wide into the gravel, though they managed to continue without losing too many places.

“I came to turn one [on the opening lap] and there’s just an oil patch from apex to exit,” Browning explained. “We all go round there, lose it, and I couldn’t believe it. There were a few cross words, to say the least. But we’ve done it. I couldn’t be more happy. A massive thank you to everyone.”