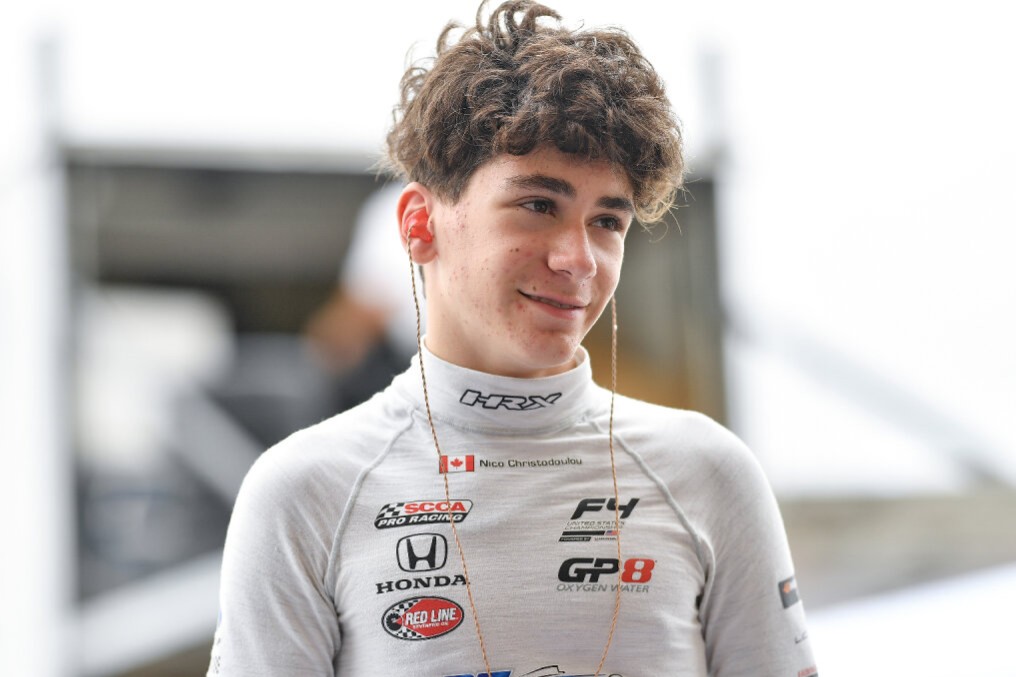 Canadian Formula 4 racer Nico Christodoulou will change teams to Velocity Racing Development as he remains in the category next year.

The 15-year-old made his single-seater racing debut in 2018, appearing in F2000 Championship Series before joining the NACAM F4 field for the 2018-19 season. He picked up 11 podiums in his rookie campaign, and returned this season.

Christodoulou ended up as title runner-up with Scuderia Martiga, with three wins to his name, and then joined DEForce Racing for United States F4 and USF2000. He notched up a podium in the former, and a best finish of 11th place from two rounds in the latter.

“I’m really excited to announce that I will be racing for Velocity Racing Development in the 2021 F4 US Championship. Let’s go!” said Christodoulou.

He switches to the reigning champion team, with VRD having run the dominant Hunter Yeany to the 2020 US F4 title.

American karting champion and Legends racer Jason Alder has already been announced as Christodoulou’s team-mate, and will contest the F4-based YACademy Winter Series at the start of next year too.

The championship, organised by Indy Lights and IMSA race-winner Gustavo Yacaman, is currently set to hold race rounds at Sebring and Homestead-Miami Speedway.

Ex-Toyota Racing Series racer Ryan Yardley will also take part in the YACademy Winter Series, driving for Kiwi Motorsport ahead of an expected full-time move to America for the 2021 US F4 season.

Yardley is a sportscar champion in New Zealand’s Toyota 86 series, and his single-seater experience includes NZ Formula Ford and a weekend on the Formula 1 support bill in Australian F4 as well as his season in TRS.