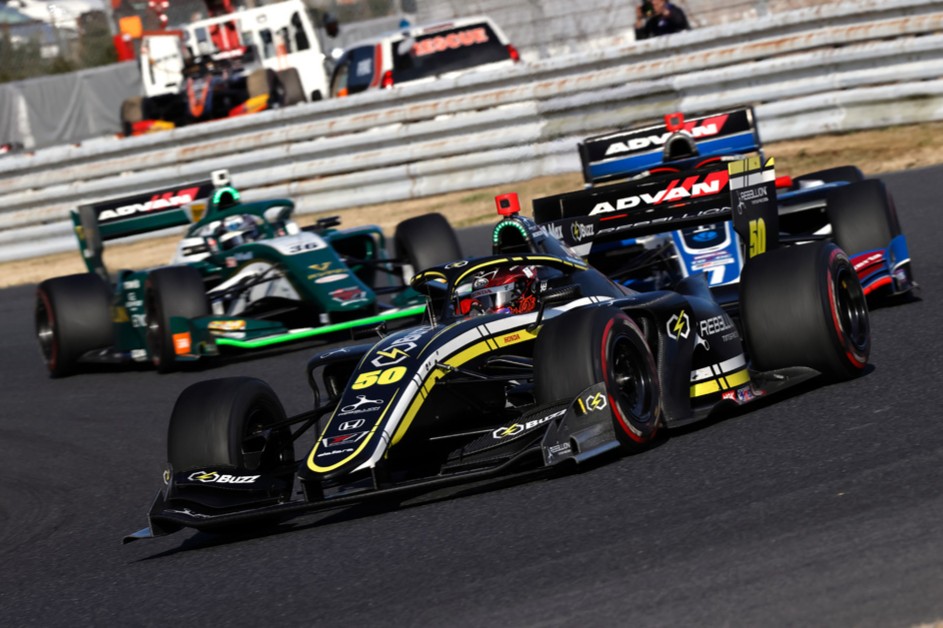 Formula 2 race-winner Nobuharu Matsushita was pleased to be back racing a single-seater after returning to action in Super Formula at Autopolis last weekend.

Matsushita wanted to pursue to a career in Formula 1 though, having previously been part of McLaren’s young driver programme when it used Honda power, and he returned to F2 until leaving the series abruptly midway through this season.

He landed a drive with ex-F1 outfit Team Aguri in Super GT earlier this month, then recieved a surprise call-up to race in SF last weekend in place of Red Bull-affiliated Sergio Sette Camara at B-MAX Racing with Motopark.

“In qualifying I was sixth. Because of the influence of the red flag, it was an attack with used tyres, so I think that we were able to put out everything we could have,” said Matsushita after qualifying.

Crashes in the first segment of qualifying led to red flag stoppages, and Matsushita lost his first flying lap to the timing of those flags. The clock was rolled back when Q1 restarted though, enabling Matsushita to set a lap that was good enough to progress to Q2. He then did a good enough job to make Q3, and qualified sixth for his first race in the Dallara SF19 car.

“Race was sixth place. I was fighting for the podium, but the loss in the pitstops was very wasteful,” he said post-race.

“However, it was a lot of fun to be able to demonstrate my inherent potential by getting back in this formula [in this way]. It was two days when I felt happy to be able to race again. B-MAX Racing, thank you very much.”

Matsushita moved up to fourth place by taking the outside line going into the opening corner of the race, and remained there until taking his compulsory pitstop during an early safety car period.

That dropped him to eighth, behind three other early stoppers who he had been ahead of on track, and he only gained positions in the final few laps when TOM’S driver Nick Cassidy and Team Mugen’s Ukyo Sasahara took their pitstops.

Reigning SF champion Cassidy was impressed by Matsushita’s driving, and the 27-year-old may remain in the B-MAX car for the double-header Suzuka round next month after also impressing four-time SF champion Satoshi Motoyama, who is executive advisor of Nissan’s motorsport division and also works with B-MAX.