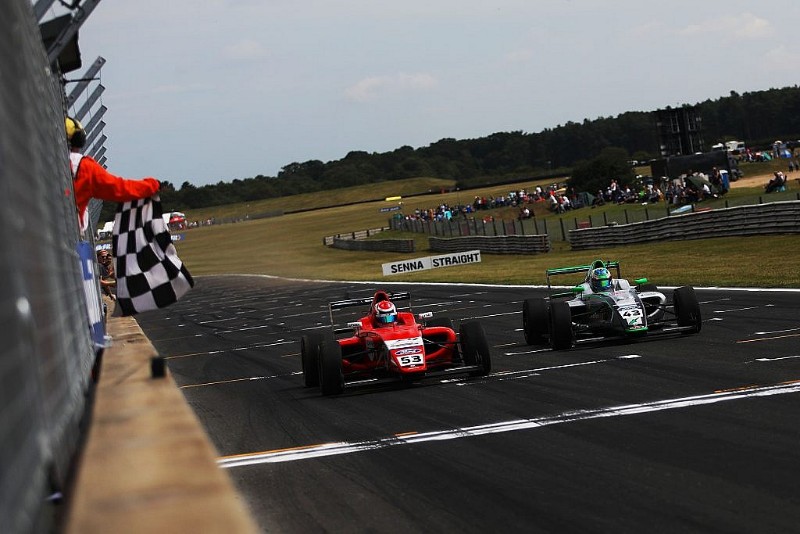 Luke Browning’s third British Formula 4 win has been taken away after he was found to have jumped the start of the reserved grid race at Snetterton.

The Richardson Racing driver started in 10th and charged through the order in a chaotic race to take a comfortable victory. A post-race investigation has found that he jumped the start, and a 10-second penalty has dropped him to third behind Tommy Foster and Josh Skelton.

Browning had said that he’d worked hard ‘on his head’ to put himself in a winning position again in British F4, having started the season on a high with victory but only infrequently been on the podium since.

Arden’s Foster only just beat JHR Developments’ Josh Skelton to take what would be victory, squeezing his rival onto the grass on the run to the chequered line. They finished 0.099s apart.

Foster’s best result prior to the race was fourth place, which he had achieved six times, although his win has no effect on his championship position. The win is Arden’s second of the season, having taken only one other success with Bart Horsten in the second round of the season at Donington Park.