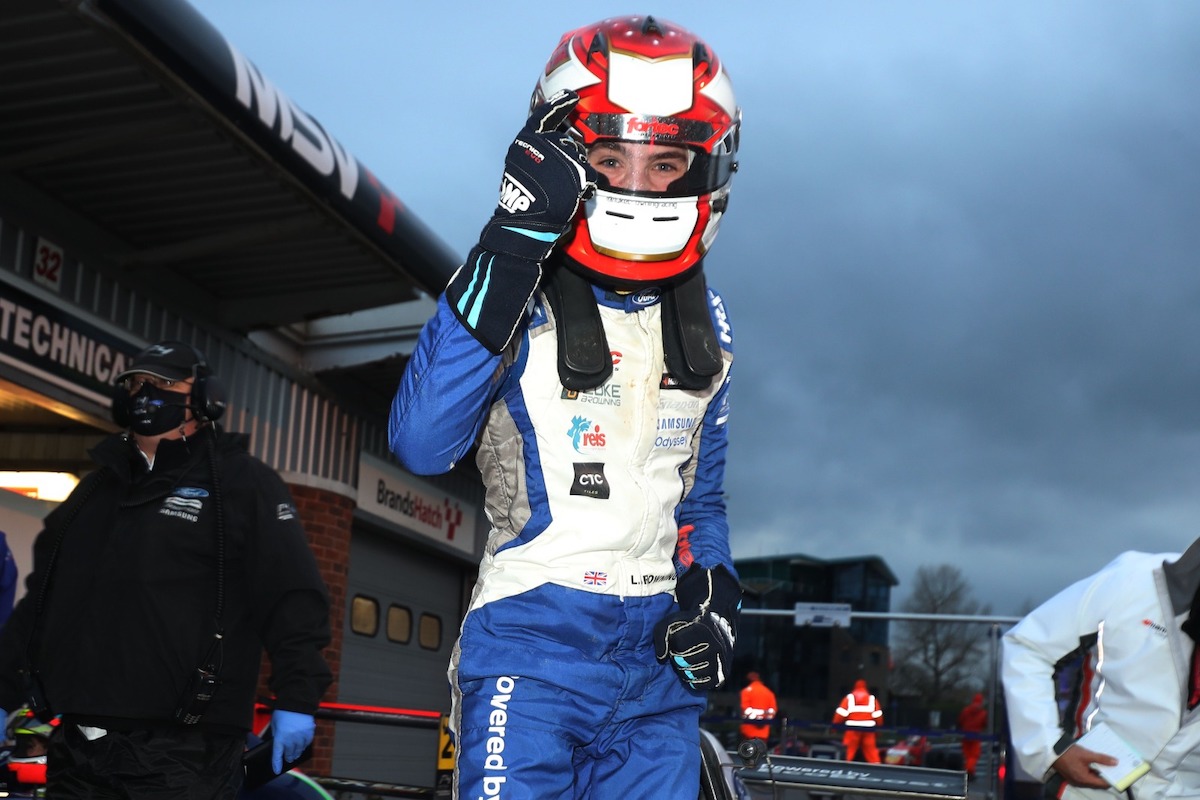 Browning spun early in the race due to oil on the track, dropping him to the back of the order as his title rival challenged for the race win.

O’Sullivan had a brief off himself at the very same point, dropping from the race lead to fourth, but climbed back up to second behind team-mate Christian Mansell.

Just as the rain started to fall, O’Sullivan passed Mansell and into the race lead. With Browning only 10th, the result would have gone in O’Sullivan’s favour, if the race could be completed.

Unfortunately for the Carlin driver, heavy rain meant the race was red flagged just before the halfway point of the 20-minute race. Due to the tight nature of the timetable, the race was not resumed and the field was awarded half points.

O’Sullivan took the victory, but the half points meant he could not close the 16-point deficit he had on Browning. Fortec Motorsport driver Browning, who took half a point for finishing 10th, becomes the first to deny Carlin a drivers’ title in British F4 history.

Mansell followed O’Sullivan home to make it a Carlin one-two, while Abbi Pulling held off Roberto Faria to take her fourth podium finish of the season.

Frederik Lubin climbed up from ninth on the grid to take fifth ahead of Roman Bilinski, Casper Stevenson, and Alex Connor.

James Hedley challenged for the race lead early in the race, going around the outside of Browning to take second before also being caught out by the oil on the track. He ran wide through the gravel and dropped down the order before recovering to ninth.