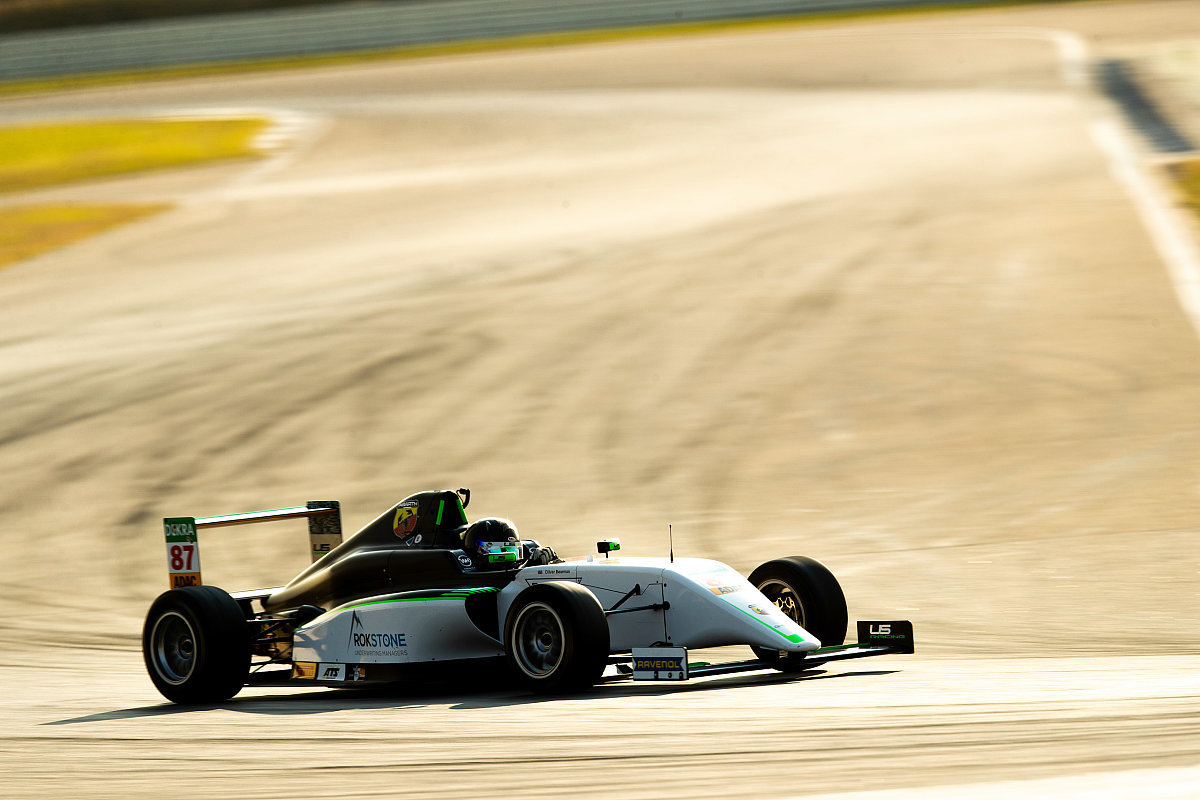 Ollie Bearman bounced back from a short opening ADAC Formula 4 race at Hockenheim to take his first car racing win.

The US Racing driver spent the race battling with team-mate Tim Tramnitz, first for second and then for the race lead after Gabriele Mini ran wide over the kerbs and his Prema-run car went airborne.

Tramnitz led the fight in the first half of the race before a clean move down the inside at turn eight allowed Bearman to take the position. Tramnitz tried to fight back, but Bearman defended well and secured the victory just 0.344 seconds ahead.

After going up onto two wheels and the car tipping almost vertical, Mini managed to get all four wheels back on track and dropped down to third, ahead of the battling Joshua Durksen and Johnny Edgar. Another wide moment dropped him even further back, behind Edgar, but he quickly made up the position.

Mini would spend the remainder of the race locked in a battle with Red Bull junior Edgar and Victor Bernier, eventually coming out on top to take third.

Racing was paused early on after Mucke Motorsport’s Josef Knopp and Prema’s Sebastian Montoya collided while battling. Knopp was able to continue at the back of the field, but Montoya ran into the barriers and wouldn’t be able to get the car moving again.

Jac Crawford picked up eighth, passing Dino Beganovic late on after the Prema driver spent most of the race battling with Pizzi. Race one winner Duerksen dropped out of the top 10 in the closing stages of the race, dropping behind US Racing’s Vlad Lomko to finish 11th.