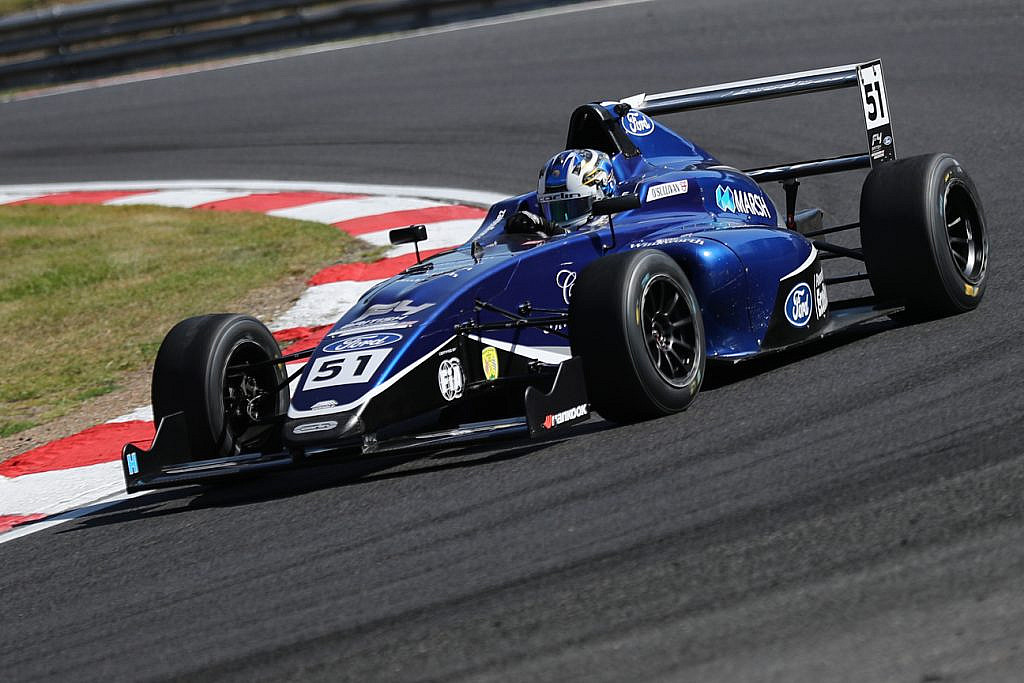 British Formula 4 has switched its reverse grid race to be the first of the weekend for the upcoming Brands Hatch round in a one-off format change.

The series introduced a new race format for this season, with the qualifying results being reversed in their entirety to set the grid for the second race of the weekend, with would offer a decreased number of points.

Previously, for race two of each triple-header round the top 50% of the results of race one were flipped to determine the grid.

However, the timetable for the third round of the season this weekend on Brands Hatch’s Indy layout has encouraged the series organisers to move the reverse grid race forward as is allowed in the regulations.

It will take place on Saturday afternoon as the opening race of the weekend, with the qualifying results setting the grid for race two on Sunday morning instead (having previously been the other way around).

The move to switch the races around been made because the final race of the weekend is due to place just a few hours after race two, and officials made the decision to minimise the risk of drivers missing race three due to a heavy accident in the reversed grid race – which it deeped being more typical of producing such chaos than a race with a conventional grid.

The format change is a one off, with the reversed grid race moving back to the second race of the weekend from the Oulton Park round in July onwards.