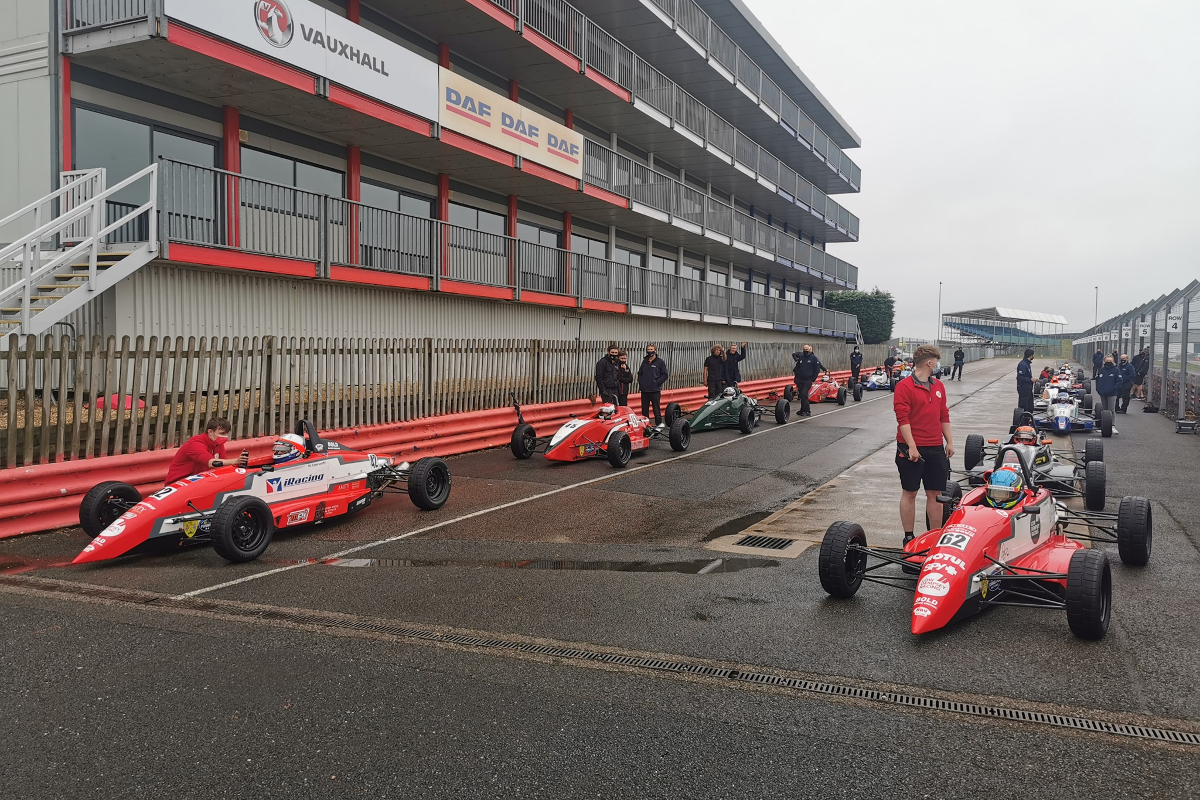 Low Dempsey Racing’s Esterson took his first two wins and surpassed Kevin Mills Racing’s Walker at the top of the standings, but tensions flared after a dramatic race two collision between the pair.

To compound matters for KMR, Lucas Romanek crashed heavily at Luffield after gravel from an earlier off caused his throttle to stick open, and led to race three being red-flagged. The 17-year-old rookie avoided serious injury.

“He had his leg X-rayed at the hospital after complaining of pain but nothing was broken,” KMR team boss Kevin Mills told Formula Scout.

“The car did it’s job, the things that are supposed to crush and break did so.”

Esterson won race one, despite a collision that spun Joey Foster out of contention and earned him a five-place grid drop for race two.

During race two, Esterson spun at Copse while battling Walker. The pair then had a second incident on the Wellington Straight, causing Esterson to spin and finish sixth while Walker retired with suspension damage.

Esterson criticised Walker’s defending, feeling he was pushed off track.

“I had really good pace and was climbing through the field until Alex tried to kill us both into turn one by squeezing me on the brakes, knocked me off the track and I spun,” said Esterson.

“I got going again, caught back up within two laps. I got up to Walker and tried to make a pass, and he did exactly the same, smashed me off the track and took himself out. Defending is one thing, but you can’t swerve on the brakes.”

Walker declined to comment on the collision, but Mills felt Esterson was to blame. He believing a harder penalty for the collision with Foster may have prevented the race two incidents.

“We just got hit off by Esterson, just like he hit Foster off yesterday,” said Mills.

“It seems he can do no wrong because the clerk [of the course] gave him a grid penalty yesterday and three points on his license, but he was still able to keep the win. He should have been demoted by the five places in that race – just the same as Tom [Mills] was at Knockhill.

“And that made a precedent, because in the race this morning Esterson was driving around just the same as he was yesterday. Going down the back straight, Alex was keeping it straight, the track started narrowing, but Esterson just drove down the grass and smashed into us.

“And we were told [by the clerk] that was 50-50. It’s not 50-50, the guy should have lifted off. And of course in the reversed-grid race he starts on the front row and wins again.”

Walker salvaged eighth from the back of the grid in race three as Esterson won.

Mills added: “When they are racing this close there are always going to be incidents. I think the clerk should have been harder on a few things this weekend. They are kids at the end of the day, except Joey [Foster] and Chris [Middlehurst], obviously.

“They needed a bit more of a reprimand and then the standards would have been a bit better.”