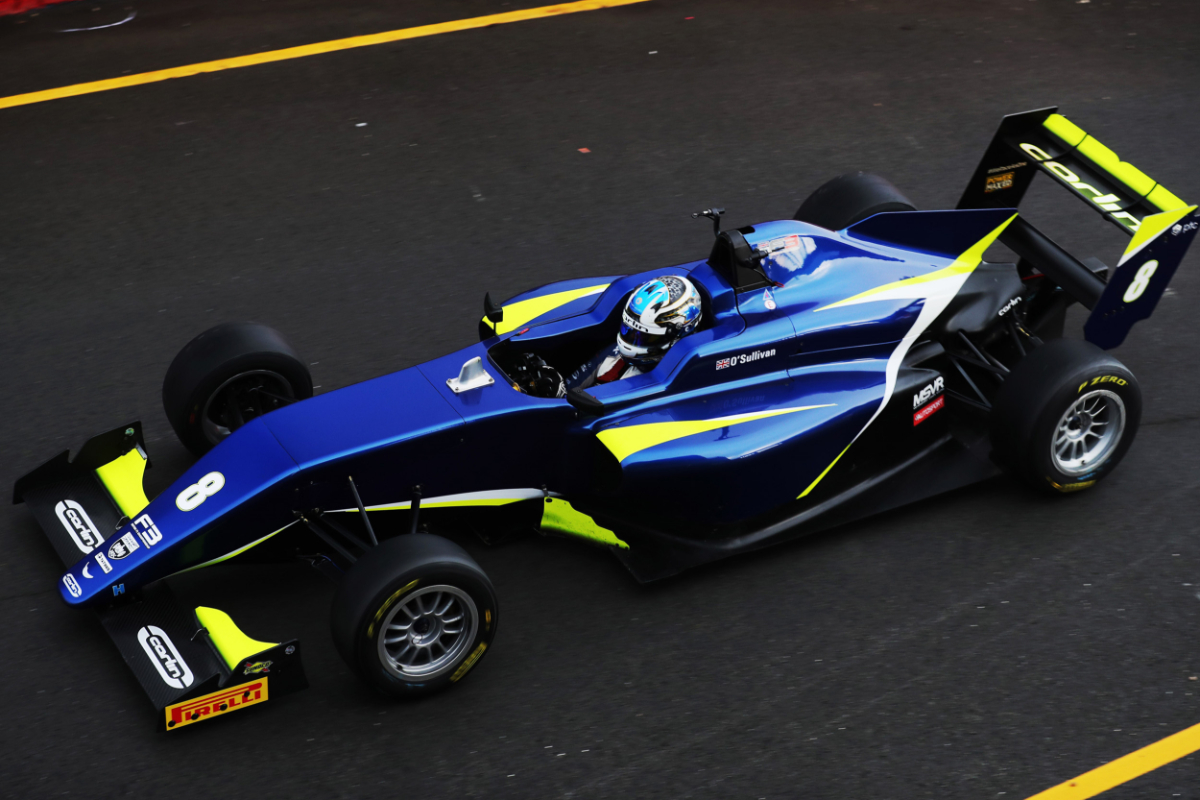 The 15-year-old will remain with Carlin for his third year in cars, and continues to work with engineer Anthony Grenier.

“My long-term goal is to reach Formula 1 and, after a successful first season together, I’m delighted to be staying with Carlin as I take my next step towards that aim,” O’Sullivan said.

“I’ve already had three tests in the car and have really enjoyed it every time. It’s a sizeable step up from the F4 car and I always enjoy jumping into something quicker.

“On the face of it, the calendar is quite similar to the BTCC, but we get to run on the grand prix versions of circuits and we also go to Spa, which will be really cool.

“I’m really looking forward to that – I’ve driven it a lot on sims but never raced on it in real life.

“I’m also pleased to be staying with my engineer Anthony Grenier as we worked well together in F4 last season. Last year went really well with Carlin, and I’m looking forward to continuing that.”

As well as testing the British F3 car, O’Sullivan has also run in third-tier single-seaters on the continent, including the Formula Regional European Championship’s rookie test.

“We are thrilled to keep Zak in the Carlin family and take him to the British F3 championship where he will doubtless hit the ground running,” added Carlin team owner Trevor Carlin.

“He’s already been impressive in winter testing and has used everything he’s learnt in his brilliant debut season in 2020 and is applying that knowledge in the more powerful British F3 car. I can’t wait to see what he can achieve in 2021.”

O’Sullivan is the second driver after Fortec Motorsports’ Roberto Faria to commit to the 2021 British F3 season, which will award an FIA F3 Championship test to its champion.

Analysis: Was Mick Schumacher a worthy winner of the F2 title?