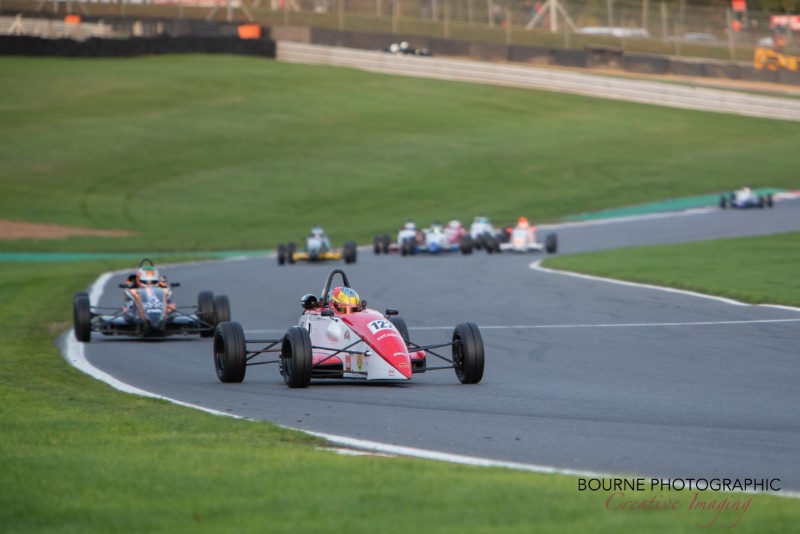 British Formula 4 has announced it will reward drivers in BRSCC National Formula Ford 1600 and the FFord Festival with prizes to encourage them to switch to slicks-and-wings single-seaters.

At last year’s Festival, the highest-placed teenager was awarded a place in the inaugural British F4 Scholarship test, which went to event winner Jonathan Browne.

This year there will be two prizes, with the first going to the highest scoring young driver under 25 in National FF1600. The second will once again be for the best teenager in the Festival, and is likely an entry to the Scholarship – although nothing has been confirmed.

“Having Racingline and British F4 continue their support of our National FFord and FFord Festival competitions is fantastic,” said BRSCC chairman Peter Daly.

“It allows us to continue creating a link for young, aspiring, career-minded drivers racing with us to potentially move through the ranks towards Formula 1 and cements FFord as one of the best proving grounds in motorsport.

“With the history of FFord deeply embedded in British F4, it’s the perfect connection and one we’re delighted to both continue and further enhance for 2020.”

British F4 began in 2015 and was officially created at the expense of British FFord, which had been running for over 40 years. FFord champions included Ayrton Senna, Eddie Irvine and Jenson Button.

However, there are also drivers who switched from F4 to FF1600 due to budgetary constraints, with 2019 National FF1600 champion Ross Martin and 2018 Festival winner Josh Smith being the most notable examples.

The minimum age to race in FF1600 is higher than F4 due to the safety standards of the FF1600 cars, and the prizes are an incentive for drivers to race in the older category – where the top drivers can have over a decade of experience – as well as aiding a move to F4.

Andy Brickles, boss of FF1600 team B-M Racing, has been critical of the introduction of F4-focused prizes.

“They don’t want to shun out the loyalists, people like Joey Foster, people that are above the age of 19 who have been doing it years and years, where’s their reward for being loyal customers?” Brickles said last year.

“Another concern is that should the BRSCC be actively placing FFord as the lowest rung of the ladder under F4? Because that’s the way it reads. FFord is a much more competitive category and for a fraction of the price.

“It’s also more rewarding because everyone knows you have to actually drive these cars, it takes skill.

“The BRSCC needs to actively campaign that this is where you learn to race rather than concentrate on it being a feeder series.”

Rival team boss Cliff Dempsey believes “any prize at this level is a bonus” as an incentive for entry, especially since the Road to Indy Shootout ended after Mazda withdrew its support.