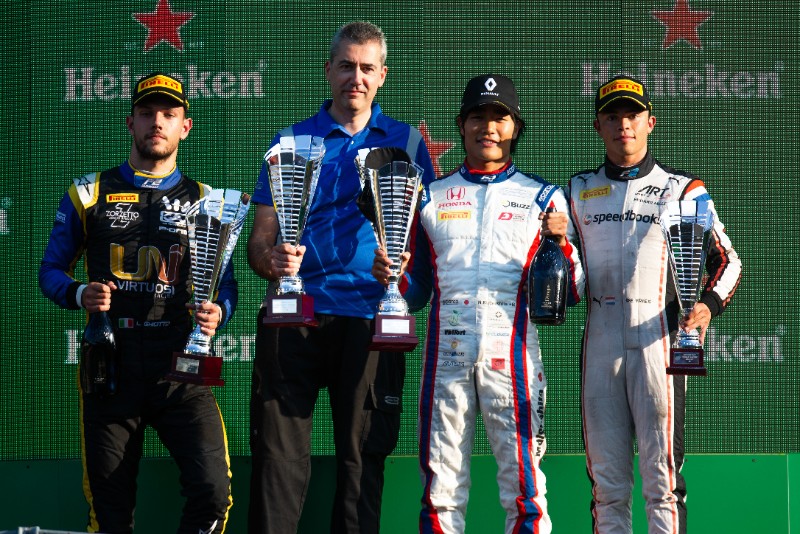 The Italian engineer began his career in the 1990s as a data support engineer at Team Ghinzani in Formula 3, and had made his way to Formula 1’s primary feeder series International Formula 3000 by the millennium.

He spent two years there before returning to F3 with RC Motorsport, where his role was still based primarily around data.

The team’s expansion into World Series by Nissan (latterly known as Formula Renault 3.5 and then Formula V8 3.5 upon its demise in 2017) brought him back into high downforce single-seaters, and he switched to Carlin for the first time in 2005.

In 2008 he left for GP2 with Trident, but returned to Carlin after two-and-a-half years when the British team committed to the championship and its new feeder series GP3.

Rossi was also a support engineer during that time for Carlin’s dominant FR3.5 programme, before departing in 2013 for debuting GP2 team Hilmer Motorsport.

His one season there resulted in four wins for Robin Frijns, Jon Lancaster and Adrian Quaife-Hobbs, and he was briefly with the Motopark-ran rival debutant Russian Time before returning to his home country and F3 with Prema Powerteam in 2014.

For two seasons he concentrated on the team’s FIA European F3 efforts, engineering alongside fellow MP Motorsport hire Paolo Angilella, who ran Felix Rosenqvist and Mick Schumacher to the title in 2015 and ’18 respectively and will engineer Lukas Dunner in FIA F3 Championship in 2020.

Prema shuffled Rossi over to its new GP2 squad in 2016, and he engineered Antonio Giovinazzi to five wins and second in the standings. Giovinazzi’s Monza feature race win was repeated a year later with Ferrari junior Antonio Fuoco.

After a one-year break, Carlin joined F2 in 2018 and tempted Rossi back onto its books. He engineered Nobuharu Matsushita to two wins this year, including a third Monza feature race success in four years.

Rossi joined MP over the new year, and the team has already signed 2018 Euroformula Open champion Felipe Drugovich as one of its drivers for the upcoming season.

It tested Ralph Boschung and Mahaveer Raghunathan, who have both raced for the team in the past, in post-season testing at Abu Dhabi last December.