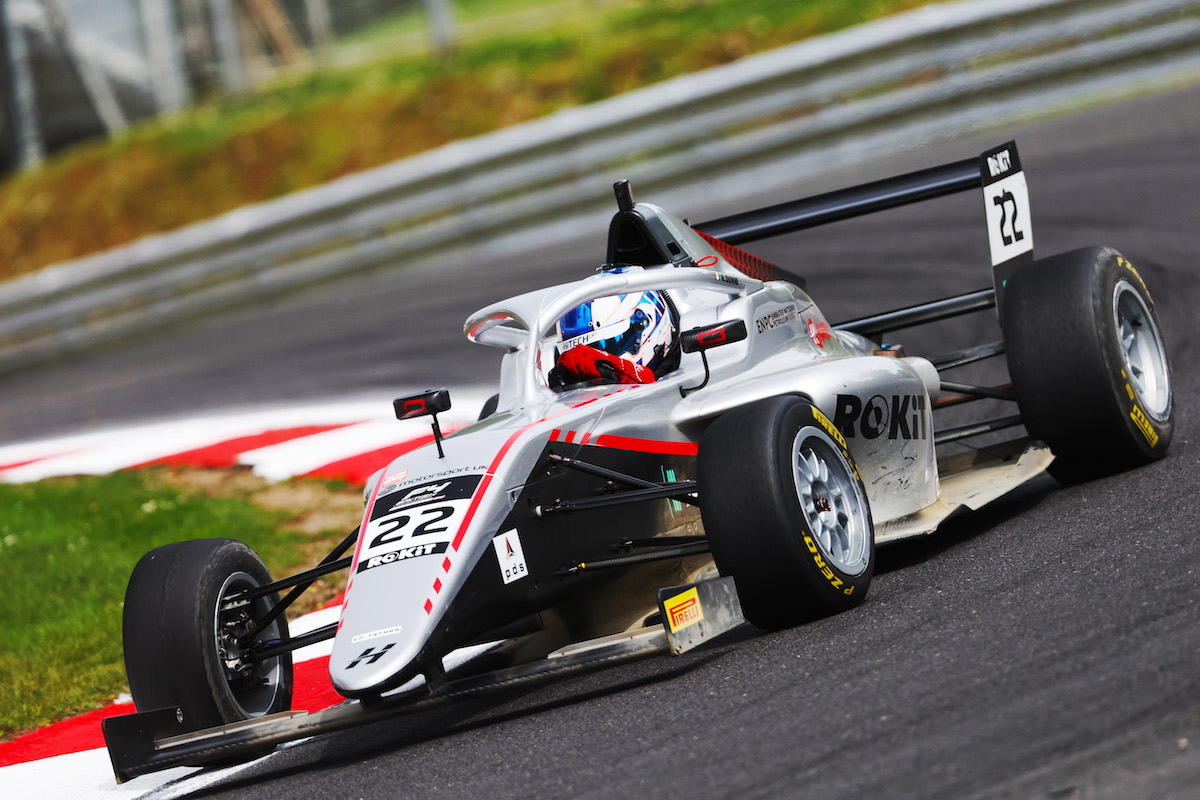 Alex Dunne is on the brink of becoming the 2022 British Formula 4 champion, but he will not be crowned on track as he will miss the final round this weekend.

The Irish teenager has spent this year contesting duel campaigns in the British and Italian F4 championships, and the two series are both in action on October 7-9. British F4 is at Brands Hatch for its final round, and Italian F4 is at Monza.

“Unfortunately I won’t be at Brands Hatch for the final round of British F4, due to it clashing with Monza in Italian F4,” Dunne announced on Instagram.

“I’d like to say a huge thank you to Hitech for what’s been an incredible year together, winning together in the UAE and breaking the record for most wins in a single season in British F4, it’s been an absolute pleasure and I can’t thank them enough, good luck to everyone in the team this weekend.”

It would require a lot going in Gray’s favour for him to overcome the defecit to Dunne, starting with a successful appeal of his penalty from the first race at Silverstone last month, which would reduce Dunne’s lead by six points. The issue is the appeal will not be heard until after the season.

During the weekend itself, Gray would need to win and take fastest lap in all three races around Brands Hatch’s Grand Prix layout, as well as hope for an influx of late entries that would bring the grid size to the circuit capacity of 30 that is usually applied for single-seater races there.

If so, that means he could score an additional 29 points from positions gained in the reversed-grid second race of the weekend. However that would also require him qualifying last, which would make a triple win highly unlikely and means Dunne will very likely be crowned champion before free practice even begins should less than 30 entries be filed.

By racing in Italian F4, Dunne hopes to prolong his title chances there. With two rounds to go, and provisionally six races unless there is an oversubscribed entry list at either of the final two events that would require an additional race as occurred at the Red Bull Ring, Dunne sits 65 points shy of Prema’s championship leader Andrea Kimi Antonelli.

A win is worth 25 points, as in British F4, but there are no bonus points. US Racing driver Dunne has won three races and claimed one pole position across the first five rounds, and is one of six drivers still in title contention.