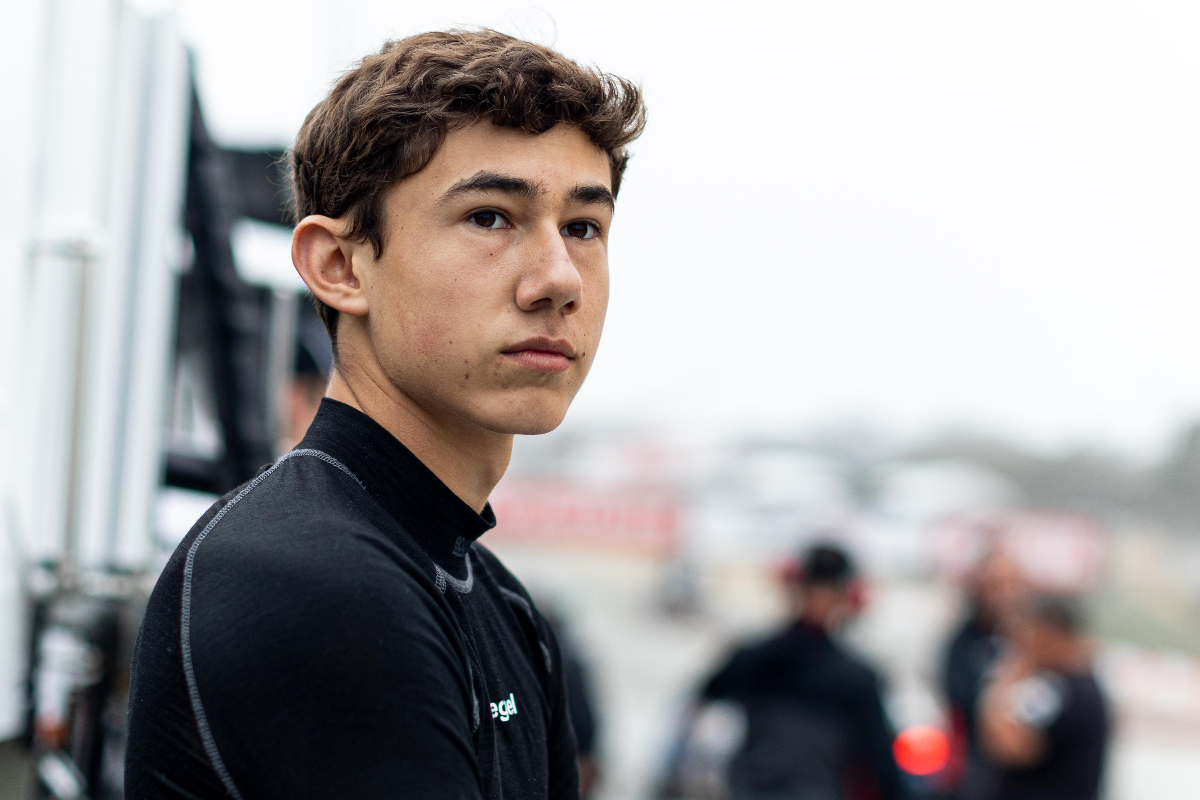 Nolan Siegel will move up to Indy Lights full-time with HMD Motorsports next year, after making his series debut in the 2022 season finale.

The 17-year-old joined the team at Laguna Seca last month, qualifying ninth and finishing 10th in his first race and following that up with a ninth place finish in the second race. He is HMD’s fourth signing for 2023.

Siegel’s junior single-seater career started in United States Formula 4, where he had a best result of sixth across seven races, then he spent three years in USF2000 where he claimed one win and one pole. He then stepped up to Indy Pro 2000 with DEForce Racing, and in his rookie season this year won two races from pole position early on en route to fourth in the points.

“I was thrown into the deep end a little bit at Laguna Seca but enjoyed the experience and learned a lot,” said Siegel.

“The Indy Lights car is a whole new beast. It is heavier, faster and takes a slightly different driving style. The tires had a different grip level than I was used to, and the push-to-pass option was also something new to me.

“After the weekend was done, I looked back and it was definitely not the results I would have wanted, but I also wouldn’t want to go into the first race of 2023 having not had the experience.”

HMD’s general manager Mike Maurini added: “Nolan performed well at Laguna and during our new driver evaluation day. I am expecting some big things from him in 2023 as he has surrounded himself with all the right people to have success.”

Siegel will be team-mate to the returning Christian Bogle and Danial Frost, fellow IP2000 graduate Josh Green and up to four more drivers as HMD plans to run eight cars in Indy Lights next season.