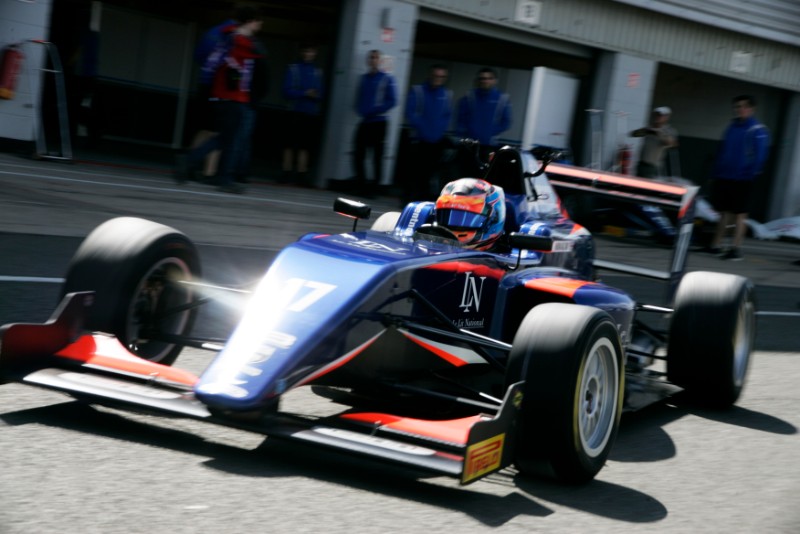 Novalak currently leads Johnathan Hoggard by 52 points, with Ayrton Simmons and Kiern Jewiss also within the 105 point cutoff that keeps them in title contention going into the three-race season finale.

Although the Carlin driver hasn?t managed to add to his two early season wins at Oulton Park and Silverstone, consistency and reversed grid race points have proved key for Novalak in a season which has featured 13 different winners.

?The last few races we’ve lacked a little bit of pace here and there, qualifying has definitely not been our strong point,? Novalak told Formula Scout.

?Racecraft-wise we’ve been consistent, we?ve not had a single DNF as of yet so we will just keep pushing and see where we end up at the end of the season.?

As he gets closer to the title, Novalak admits that while keeping the consistency going by driving for points finishes has become more of a focus, he isn?t worrying too much about it either.

?The closer you get to the end you start focusing probably a little bit more on it. You can see it with your rivals starting to run different tyre strategies to try and maximise points.

“So definitely you start thinking about it but, I’m still relatively chilled about it, taking it race by race.?

Hoggard’s five race wins is more than anyone else has achieved this season, but a couple of non-finishes for the Fortec Motorsports driver have proved costly on the points table. Despite this, he believes he can still snatch the title from Novalak.

?Anything can happen so I think there’s always a chance we can catch him with the amount of points on offer,? said Hoggard. ?We’re strong at Donington so, it’s all to play for.?

On the championship’s previous visit to the circuit in June, Hoggard won twice while Novalak finished no higher than fourth.

A strong late run, with wins at Spa-Francorchamps and Silverstone, has kept Simmons firmly in the title hunt, and the Chris Dittmann Racing driver is only nine points behind Hoggard.

?We’ve been a bit unfortunate with a few DNFs but we are still up for the title,? said Simmons.?

?It’s a bit of a long way [to first in the standings], but all we can do is keep taking it race-by-race and try to score as many points as possible.?

The British F3 title is not the only prize on offer at Donington, as the trio are separated by just five points at the top of the Sunoco Whelen Challenge standings. Hoggard currently leads the way, with the winner receiving a prize drive at a prototype team in the 2020 Daytona 24 Hours.