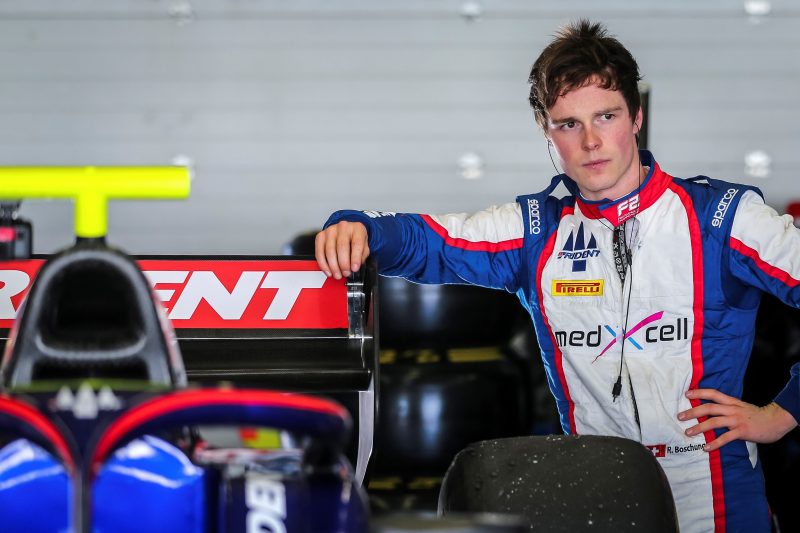 Ralph Boschung will return to Formula 2 at the Hungaroring this weekend, reoccupying the Trident seat he held for the first five rounds of the season.

The Swiss driver scored three points in the first 10 races this season, before budgetary issues meant that he stepped aside, with Ryan Tveter and then Dorian Boccolacci taking over his seat for the last two rounds.

Boschung’s funding constraints mean he has not completed a full season of racing since his first GP3 campaign in 2015, having missed races in his second year and since first entering F2 in 2017.

He will re-partner Ferrari junior Giuliano Alesi, who is behind his team-mate in the standings having only scored once during his debut season.

Another returnee to the F2 field is Prema’s Sean Gelael, who withdrew from both races at Silverstone after being penalised for a free practice clash.

In FIA Formula 3, Jenzer Motorsport has called up Giorgio Carrara from its Formula 4 squad once again.

The Argentinian, who is currently eighth in Spanish F4, made his FIA F3 debut at the Red Bull Ring and finished outside of the top 20 in both races. He has already raced at the Hungaroring this year in Italian F4, where he is 12th in the standings.

?Once again I get a seat for a FIA F3 event!” said Carrara. “I like the Hungaroring a lot, although it?s a really difficult track.

?At my first race event at the Red Bull Ring, everything was new for me. Now I am already familiar with many things and procedures. There is still a lot more to know and I can continue to learn, so I am really looking forward to this new experience.

Jenzer Motorsport team principal Andreas Jenzer added: ?As his preparation for the next season continues, we are looking forward to having Giorgio Carrara back in our car for one last event at Budapest. His performance at the Red Bull Ring one month ago was already promising and we are to see how he will cope at Budapest.?