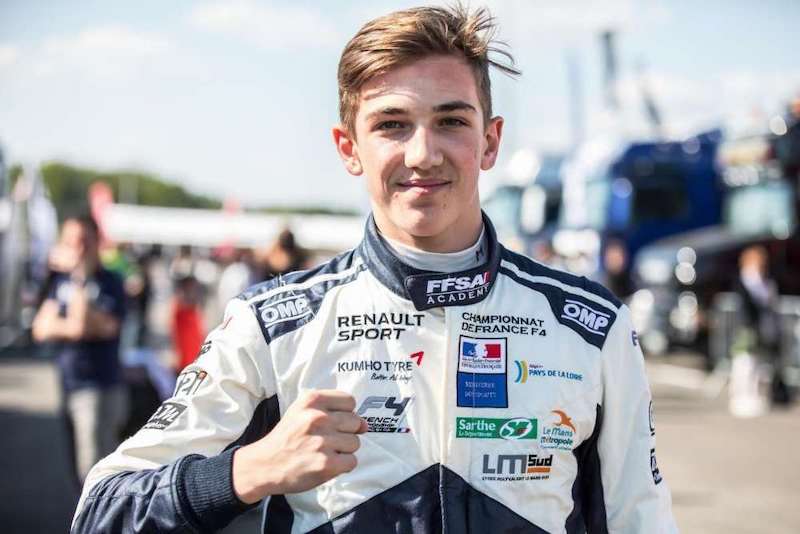 David, who currently holds a seven-point lead over?Reshad de Gerus in the French championship’s overall standings, will make his debut at Zandvoort on August 9-11 and also race at the Nurburgring a week later.

The 15-year-old tested F4 machinery with R-ace GP last winter ahead of his maiden single-seater campaign, but will be racing the Tatuus F4 car for the first time.

?I look forward to making my debut with R-ace GP in the ADAC Formula 4 Championship and especially on the legendary Zandvoort and Nurburgring circuits,? said David, who?will partner?Gregoire Saucy and Laszlo Toth in the team.

?I am convinced that these international races will allow me to gain experience and continue to grow in strength.”

R-ace GP has run Mikhail Belov alongside Saucy and Toth in the last two ADAC F4 rounds, with the SMP-backed Russian finishing fourth in the first race at Hockenheim last weekend.