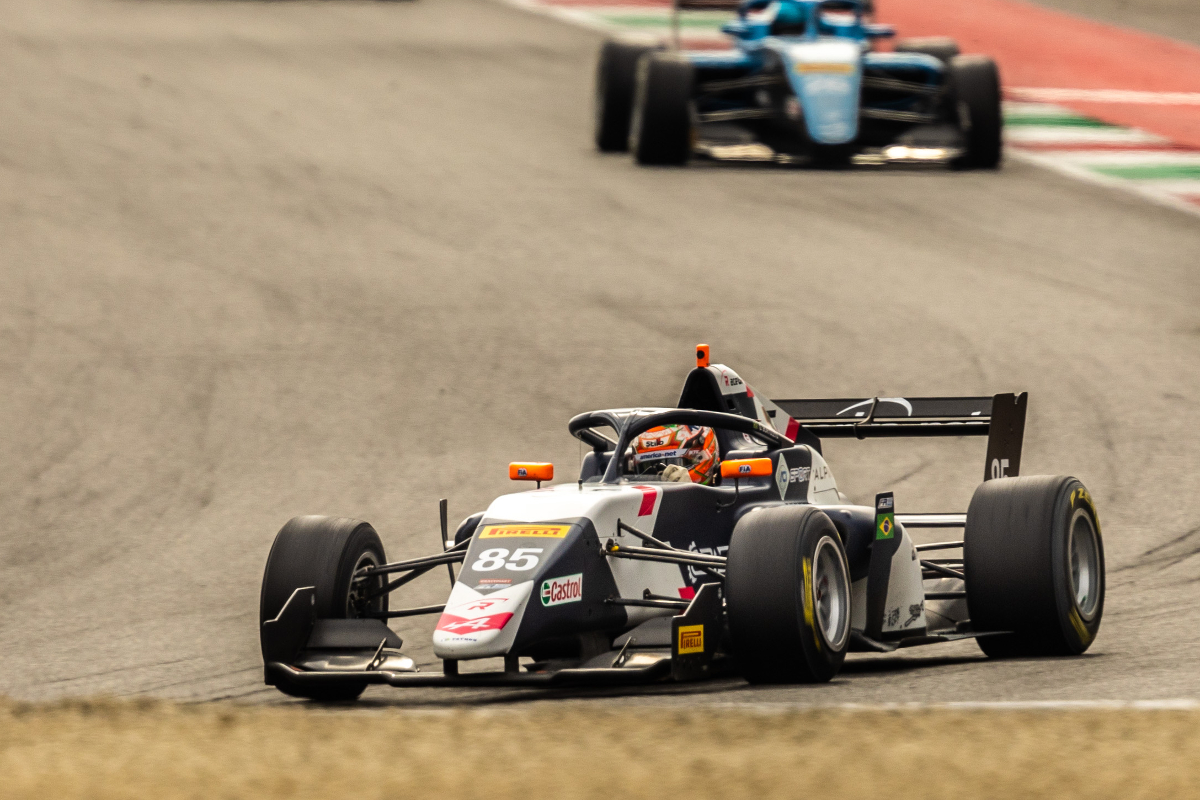 R-ace GP’s Gabriel Bortoleto bounced back from a disappointing Saturday to take pole position for the Formula Regional European Championship finale at Mugello.

He will be joined on the front row by Van Amersfoort Racing’s Joshua Dufek, the fastest driver in Group A.

A late red flag caused by a spin from Joshua Duerksen prevented Dufek from improving on his final flying lap, having been up on his previous best after sector one.

In Group B, Bortoleto emerged on top of a thrilling battle with ART Grand Prix’s Gabriele Mini and R-ace team-mate Hadrien David as the three traded fastest times in the first session.

The three top ranked drivers in Group B by virtue of their championship positions returned to the front after they all had disappointing qualifying results on Saturday.

After backing off to cool their tyres, each driver’s final flying lap proved decisive. David lost time as he put two wheels on the gravel, abandoning his lap as a result. Mini briefly jumped to the top of the times despite encountering heavy traffic in the final section before Bortoleto timed his run to perfection to pip Mini by 0.115 seconds.

Mini had been left ruing his disappointing qualifying for race one on Saturday but having made some set-up changes he demonstrated his car’s potential pace during the first race.

Trident’s Leonardo Fornaroli will start from the fourth row for race two as he bids to clinch the rookie classification title. Fellow rookie Victor Bernier was unable to repeat his front row start from race one, ending Group B down in 11th.

Prema’s newly-crowned champion Dino Beganovic set the second-fastest time in Group A, 0.063s down on Dufek, with Owen Tangavelou an impressive third for Race Performance Motorsport.

Paul Aron, polesitter for the three previous FREC races at Mugello, was only ninth fastest and lost time to Beganovic in each of the four sectors on his best lap, although any chance at a late improvement was thwarted by the red flag.