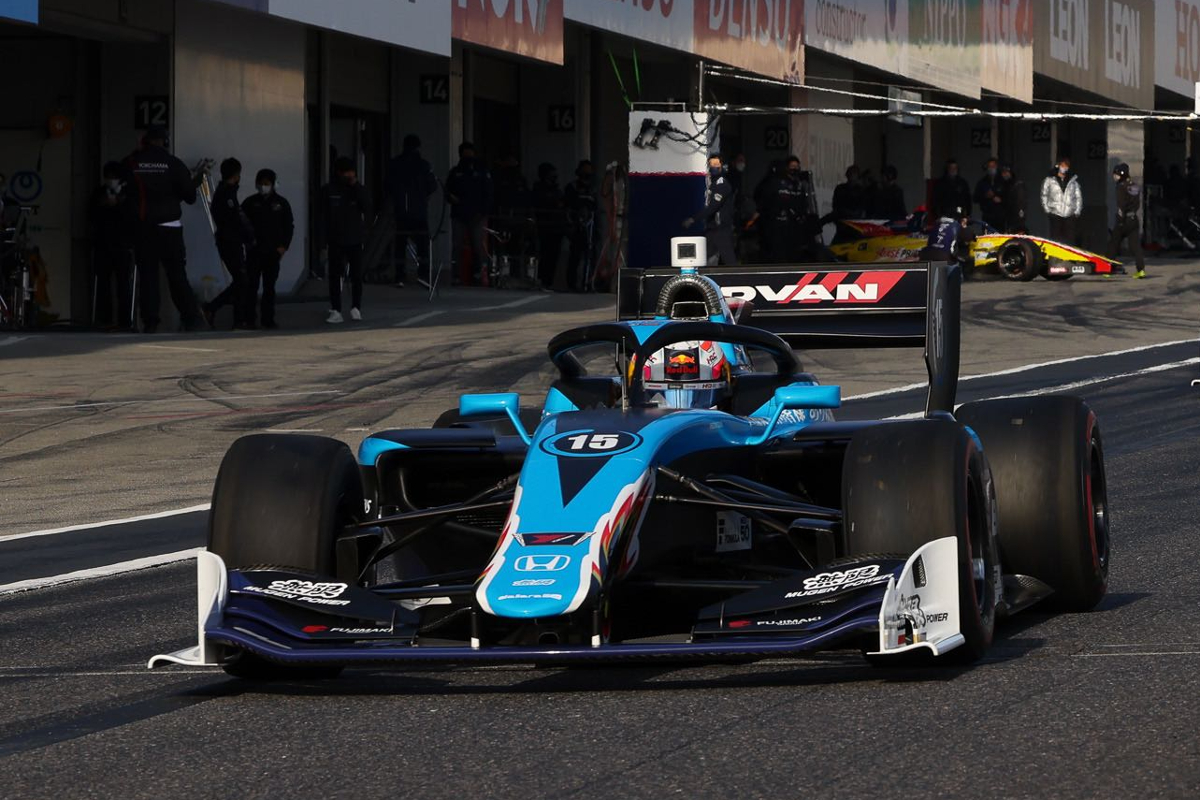 There were seven drivers from junior single-seater racing in Super Formula’s post-season rookie test at Suzuka, including several Formula 2 drivers.

The most notable inclusion was Red Bull junior and F2 race-winner Liam Lawson. He will act as one of the brand’s reserve drivers in Formula 1 for 2023 and is anticipated to also spend his year racing in Japan.

Although Lawson has been coy about whether he will race in SF when asked, comments have already been made by Red Bull’s motorsport advisor Dr Helmut Marko saying that he will be in the series. He was driving in the test for Team Mugen, who ran Red Bull juniors from 2017 to ’19 before the COVID-19 pandemic brought an end to its programme for F2 graduates.

“The car is very fast, so a lot to get used to,” said Lawson after his first day in the car. “The team’s been great to me so far, very welcoming, so I’m excited to hopefully keep working with them.”

Fellow F2 racer Cem Bolukbasi was also at the test, and his Honda-powered car was run by the Servus Japan company.

Servus raced in the 2022 SF season as the operating company behind Team Goh, who require backing to remain on the grid for 2023. Therefore Bolukbasi was listed as driving for a ‘to be determined’ team.

The fastest of the SF newcomers at Suzuka and fourth fastest overall was SF Lights runner-up Kakunoshin Ohta, who was driving for Dandelion Racing. He was 0.310 seconds off the fastest lap of the test set by Red Bull junior Ren Sato, who finished 12th in his rookie SF season this year with Goh and is working to find a place on the grid and to retain his Red Bull backing for 2023.

Despite only doing one of the two days, KCMG’s Seita Nonaka was second fastest of the debutants and 0.650s slower than Ohta in 15th place. The Toyota junior is already confirmed to be racing in SF Lights next year.

The remaining rookies filled five of the bottom six places, with Lawson 0.868s off Ohta in 19th place.

Behind him were reigning SF Lights champion Kazuto Kotaka, who was driving for the Kondo Racing he will race for in SF next year, Toyota Racing Series champion and single-seater returnee Igor Fraga, Bolukbasi and Formula Regional Americas champion Raoul Hyman who has won a scholarship to race for a Honda-powered team in the series in 2023.

Bolukbasi caused the first red flag stoppage of the test, with drivetrain problems leading to Ohta stopping on track and causing another on Wednesday morning. The afternoon session began with Nonaka immediately spinning into the gravel.

Hyman was the first session-stopped on Thursday morning following a spin, and in the afternoon Ohta had another car-stopping issue just as he exited the pits.