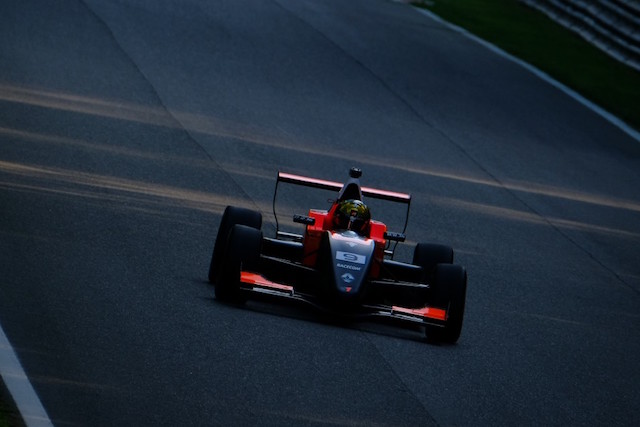 Dorian Boccolacci scored his first win since his step down from Formula 3 to Formula Renault by triumphing in the opening race of the NEC at Monza.

From third on the grid, Boccolacci took second away from?Lando Norris at the Rettifilo?chicane for the first time, then stole the lead from?Jehan Daruvala into the second Roggia chicane on lap two.

From there, he gradually opened up an advantage out front despite some lock-ups and wide moments as light rain fell, winning by three seconds.

Norris swapped positions with?Gabriel Aubry several times in a lap in the middle of the race, with the Frenchman going around the outside of Ascari before the Briton relayed the favour at the Parabolica in a move that then set him up to draft pass Daruvala into the first corner for third.

Robert Shwartzman battled his way past Aubry at the?Rettifilo chicane on the last lap, with Aubry holding off Tech 1 team-mate?Sacha Fenestraz for sixth.?Vasily Romanov came through to eighth ahead of?Alex Gill, while?Hugo de Sadeleer?pipped?Henrique Chaves to a distant 10th.

After his early traps at the front, Defourny fell backwards and stopped on the back straight to let the leaders pass, before pitting and rejoining.